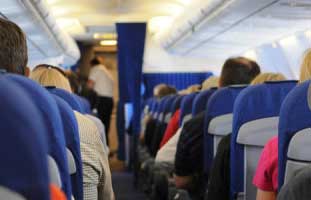 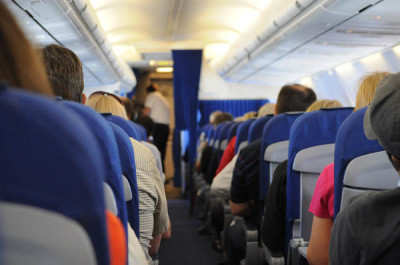 Esigie (pronounced ah-si-jay) is a consultant for the U.S. government in communications systems. He is a well-educated electrical engineer and entrepreneur with a specialized battery pack business operating out of Nigeria, his place of origin.

Although he is a very accomplished and educated world traveler, he was quite humble. We hit it off immediately. Within minutes, we were speaking of spiritual matters. He made it clear though, that he was not a Christian.

His was a blend of westernized Zen Buddhism and quantum physics. The longer we talked though, it became clear to me that it wasn’t really about what he believed, it was what he refused to accept.

For years, he witnessed the hypocritical behavior of those who claimed to be Christians, especially leaders in his native land, Nigeria. In typical reactionary form for his generation, the baby is thrown out with the bath water. Religiosity was so distasteful to him that everything it was framed in went out with it. That included the belief that the Bible is inspired and inerrant in its original form, as well as the concept that Jesus is God.

None of this shook me, but it troubled me that I was meeting another victim of misrepresentation of the greatest message of all time. What I was hoping would be nap time, became almost three hours of fighting for this young man’s soul. There was no debate or argument, simply conversation. My goal was to persuade him that Jesus could be none other than 100 percent God clothed in humanity — no easy feat for a highly-educated engineer.

Origin of this world

I asked him to tell me about the origin of this world. He said that there was none because everything always was and always will be. He talked about the cyclical movement of matter and energy and the evolution of the spirit.

I told him there must be a starting point in order for the process to occur. He told me that science bases its conclusions on what it has discovered with the understanding that as more information is known, more conclusions are to be drawn.

“What happens if you don’t find this out in your lifetime?” I asked.

“I suppose it is a matter of faith,” he replied, “but I don’t get consumed by it.”

I realized that our conversation was now where it belonged.

“But what happens to you if you don’t find out in your lifetime?”

“That is what I am not consumed by,” he said somewhat casually. “anyway, we are all infinite.”

“Actually, we are not, nor is this world. We each had a beginning and we will each  have an end, at least in this world. God will roll up the Heavens like a scroll. Behind it will be an entirely new dimension.”

That seemed to intrigue him.

Our focus was slowly shifted to Jesus. I was surprised at how much scripture he knew, but it became clear that he was a victim of poor teaching and lifeless legalism. He asked good questions about the Mosaic law, Old Testament conquests, and free will. He seemed satisfied with my answers, but he was not convinced.

“I suppose I don’t have the gift of faith,” he said, “and probably never will.”

I said that no one can fully believe until He is born again. I used Nicodemus, the religious leader as an example. Jesus told him that not only can you not enter the Kingdom of God until you are born again, but you cannot even see it.

“In other words, you actually won’t recognize faith until that time. All you need to do is begin the conversation with God. He will take it from there.”

It became clear to me that God had been luring this man for a long time and I was more bait on His line. I told him so.

“There is no coincidence that I am here,” I continued. “As I sat in the lounge waiting to board, I asked The Lord to lead me to someone He is calling. I believe you are that someone.”

“I know that you have experienced the Christian life as legalistic and ritualistic, but that is not what its all about. Jesus said, ‘My words are spirit and they are life.'”

There is nothing dull or lifeless about the life of the believer. The New Covenant is all about new equipment. The cross not only dealt with our sins, its promise is a new heart, a new spirit, and a mind to think His thoughts and do His will. It is not a list of do’s and don’ts. It is an adventure with the King of the universe.

“Esigie, (he was impressed I could pronounce his name), I need to be very direct. I know you believe in the evolution of the spirit. I disagree. There is a dark side of the spiritual world that is evil and will always be evil. That came by choice, the same way sin arrived. There are real spirits that will do whatever they deem necessary to keep you from coming to Jesus.”

“A couple of years ago, I got into what should have been a fatal accident. No one could believe I lived through it when they saw the car. After the accident, I blacked out and saw a man with his hand stretched out to me who said ‘Don’t worry, you will be alright.’ When I came to, I was told they used the jaws of life to get me out. Who do you think that man was?”

“I have no doubt it was either Jesus or His messenger.” I said.

‘I was supposed to be on that flight’

“There is one more thing,” as he pulled out his passport.

“Check this out. It is my Malaysian visa. I was supposed to go there for business and from there to China. But on Friday night, I got food poisoning while in Singapore visiting my wife. I felt so sick, I cancelled my trip and headed back to Washington. I was supposed to be on that flight.”

My jaw dropped. “You mean the one that disintegrated?”

“Esigie, you told me you are exhausted. I want you to sleep. I will find another seat so you can stretch out. I am going to have a conversation with God while you do.”

Before he slept, he asked the steward for his third small bottle of wine.

I sat in the row behind him and prayed. I was so emotionally drained and broken by the siege on this man’s soul. I barely muttered my thoughts. Nevertheless, I know God heard. Occasionally, Esige would awake and ask me if I was okay. When he awoke fully, we talked briefly.

“I need to tell you one more thing. I am battling for your soul, Esigie. You have touched my heart and I want to see you saved. There is a war waging for your soul and you are unaware. Thinking you can ignore Jesus and expect life to always be youthful and prosperous is not wise. You know, I was not supposed to be on this plane and I never sit in the business section. They bumped me up because they had no more room in the economy. I was supposed to be flying 24 hours ago.”

He looked at me sheepishly and said, “I have never sat in this section. I am always in first class, but since I booked so late, they had no more seats.”

I just looked at him and gave him a hug.

“Esigie, you are in my heart.”

He assured me he would keep in touch.

Nairobi Airport and the Girls from Denmark