Comfort My People consists of Jewish and Gentile Believers who have answered the call of God’s heart to restore Israel to her full estate.

We recognize that this will be best accomplished through the indigenous Believers within the Land; they know the culture, the language, and they share the day to day struggles with their people.

Most of all, they know their Messiah, and they love sharing about who He truly is. 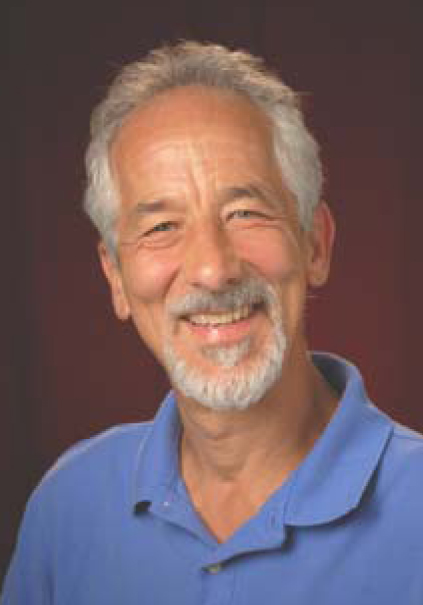 I was born in Brooklyn to Jewish parents. As a child of the sixties, I set out in search of significance. Rejecting what was familiar, I explored Eastern ways and became immersed in the counterculture revolution. Coming up empty, I found myself reading through the Bible for no apparent reason. By the time I arrived at the New Testament, I came to a crisis of faith.

“Who was this Jesus and why had no one told me of Him?”  With my back against the kitchen wall, I called out to the Jewish Carpenter of Nazareth.

That was 1980 and I have been growing in the knowledge of Him ever since. Together, my wife, Marla, and I have four children and eight grandchildren.

My Search for Authenticity

I do not go grocery shopping very often, perhaps on occasion for a few needs, but certainly not for the entire week. It would take too long. When I stroll down the aisles of the supermarket, I am still in awe of the many choices that I encounter for each item on the shopping list. I consider it my duty as a representative of my family to bring home the best product at the best price. That is the dilemma. The comparisons are overwhelming. 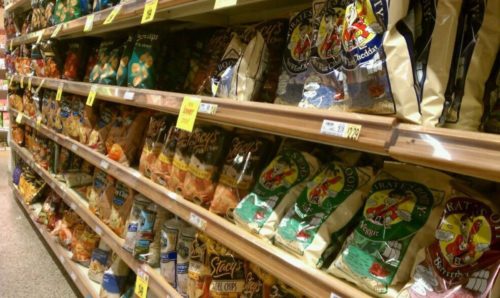 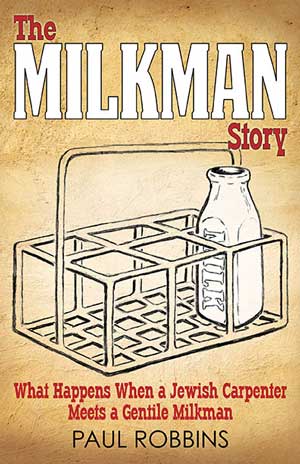 The Milkman Story is about Jesus.

That may offend some of you, but don’t take your mouse and run, not just yet.

I had no choice, even if I wanted one. In fact, I had no personal plan to write it. I just knew it had to be written. The “Milkman,” was Al Isaksen, a man who made such a positive impact on so many people (my wife and I included), that I became convinced there should be a chronicle of his life. When I approached him about my idea, he gave me an uncharacteristic, “No.”

“The world does not need another book,” he said, “especially one about me.” I told him it wouldn’t be about him, it would be about the One who became His life and the way that life affected others.

This is not about one individual. Through our mutual understanding, we have agreed that attention must be turned to Israel and the Jewish people and it needs to be done in a specific way. Comfort My People has become a joint creative effort. Each individual comes with unique gifting to meet the many challenges we face as we try to clearly and attractively communicate this vital message. Marla is Paul’s wife and co-laborer. She is a writer and correspondent with ministry leaders, wives and donors. She too was born in Brooklyn, NY and grew up in Long Island.
Together they raised 4 children and they now reside in Stuarts Draft Virginia.
Paul likes to tell people that Marla married a Jewish carpenter and that he married a Hebrew Midwife. Marla has been practicing Midwifery on a part time basis for the past 25 years.
Marla shares Paul's vision of seeing the Church become all that God intended her to be. As we grow to understand our roots and calling, it is then that His people, made up of Jew and Gentile, become one according to His eternal purpose.
Her heart's desire is to see God’s Covenant people find fulfillment in knowing their Messiah Yeshua and become a blessing to the Nations. She also desires to be a blessing to the Nations by serving women through Midwifery. Growing up in a Christian home, Dennis accepted Jesus as his Savor at a young age but it wasn’t until his early 20’s, that he allowed Jesus to also be his Lord. Almost immediately, he knew he was called to the mission field and he has now been actively involved in missions for over 40 years with over 20 years serving overseas in Nicaragua, Hong Kong, China and Thailand. On the field, he has worked in a rural health clinic, carried Bibles, church planted and discipled many to follow Jesus.
Since returning from the mission field, he served as a missions pastor before coming to work with Advancing Native Missions. His interest and passion for Israel has always been a part of his life and he senses a deep call to bring the Gospel of Yeshua to the Jewish People by serving as the administrative assistant for Comfort My People. Dennis is happily married to Violet and they have four adult children. Mikayla grew up in a Christian home but didn't accept Jesus until right after high school when faced with not knowing how to live. Ever since then, she has trusted God to give her purpose and direction. She has adventured with God all over the world including living a year and a half in Spain. Her friends in Spain went on a trip to Israel which transformed their lives. Through celebrating Shabbat and Passover with them, Mikayla recognized the rich heritage of her faith found in the Jewish roots of Christianity.
After returning to the states, Mikayla began working at Advancing Native Missions where she was introduced to Paul and Comfort My People. She began using her free time to help with Comfort My People emails and creating videos. After visiting Israel on our Advocacy Tour in 2019, Mikayla began to work on our social media and dream of new ways to spread the deep truths found in unity between the Jew and Gentile. Anthony was born in Augusta GA and grew up in a Mennonite family. At age 15, He moved to Virginia where he finished high school and went on to receive an Associate of Arts in Biblical Studies from Rosedale Bible College. He currently lives in Virginia with his wife, Shannon.
Like every believer,He has had moments along his journey of faith where he has had to stop and wrestle with what he believed about God. One of the most pivotal of these moments came while trying to understand how an infinite God could care to have an intimate relationship with him as an individual.
It seems ironic, but maybe it shouldn't, that it has been through studying the Books of Moses and the Covenant that God made with the Jewish people that Anthony has grown to know God as a loving Father in a way that he hadn’t known before. It has become his passion to lead others into this type of relationship with their loving Father and he feels that it is impossible for us to understand the true character and faithfulness of God without understanding God’s relationship to His chosen people. Joy saw the value of Comfort My People and the need for a wider audience. Her skill and devotion launched the initial website in record speed.

Comfort My People is a ministry of

and a member of