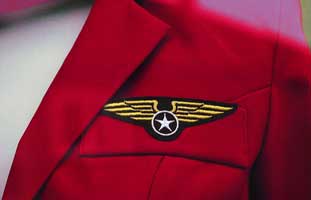 I was shocked at first, but then it clicked. She was speaking out of what she believed.

A few minutes earlier, I was sitting with a fresh cup of coffee in the Food Court of the airport in Philly. We had about 3 hours before our plane to Qatar would board. There, we would layover before heading to Kenya.

Sam and I were getting to know each other over an early breakfast when I heard my name mentioned over the loudspeaker. I thought it odd and maybe I was still sleepy, I reasoned. I only had a sip of coffee with very little sleep.

Then I heard it a second time with my middle initial inserted. This was a first for me. 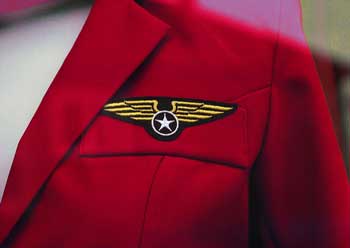 “Paul J. Robbins, come to the boarding desk for your Qatar flight!”

With bags in hand, Sam and I hustled through the near vacant terminal.

“I’m Paul Robbins and this is Sam.” I blurted out, winded.

“Yes, I know,” the woman in a Qatar uniform said seriously. “I called you.”

“Are we boarding early?” I asked.

She said no. They just like to see the passengers before they load their luggage.

I breathed again, reminding myself of how easy it is to get flustered these days when so many opportunities arise for flights to be delayed or cancelled. Then reality struck. I left my coffee behind. It was too late to retrieve.

“Your voice was so authoritative that I even left my coffee on the table.”

“I’m sorry,” she said humbly. Then she straightened her neck and said it.

Are we talking about a cup of coffee or what?

Wait a minute. Are we talking about a cup of coffee or what?

I mean, this was not a drunk on the sidewalk or an inmate in prison who lived a life of crime. This was a very professional woman flanked by two co-workers also highly dignified. I thought we were talking about a lost cup of coffee and she was talking about herself.

How did she jump so far? Then it dawned on me.

She was speaking out of what she believed. Her comment was a statement of faith. She was serious and her two subordinates were in one accord.

Somehow, they seemed to understand that their lives were intricately connected to their faith. She came to a conclusion miles before I intersected her journey that she lost her chance in life.

My mind was on coffee, hers on theology.

She looked up as did the others as if in a glimpse they summed me up.

“If he only knew,” their eyes whispered.

I wanted to plead with her about Jesus and the hope of eternal life, but I didn’t. These three were gatekeepers of the Nation of Islam into whose care I was about to enter for the next 20 hours as well as on the flight back. My conversation from herein would be a guarded one.

“Actually, you did me a favor.” I replied. “That was terrible coffee. Could you tell me where I could find a good one?”

They did and we left.

At first, I wondered what she had done that made her feel so condemned, that something as good as coffee was an aroma of death to her, reminding her of her lost estate. She was convinced by what she had learned: God was done with her.

The Truth has no need for defense

In that vein, there is room for damage. Many people have suffered due to poor theology that is imposed on others.

“Christianity” as we now know it needs to take a deep breath and look into the shadows to see where theology and God parted company.

Jesus was perfect in all His ways as witnessed by those who walked in His footsteps. He said He would build His church. I submit that for many centuries another contractor hijacked the building project. It’s time to give Him back the keys.

The honest question though, is how right are we? If we respond defensively, we are already wrong.

Jesus never defended Himself. The Truth has no need for defense.

As Believers, we have the privilege, honor, and responsibility to represent Jesus on this planet. When we do it right, there is no other witness on earth like ours.

It is time to forsake what is not His and embrace the mercy that follows. Then the Master will resume the building with power and beauty using people like you and me.

The world is starving for that outcome.