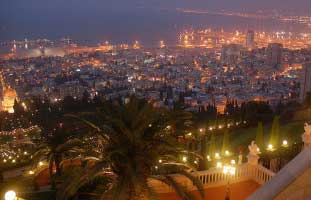 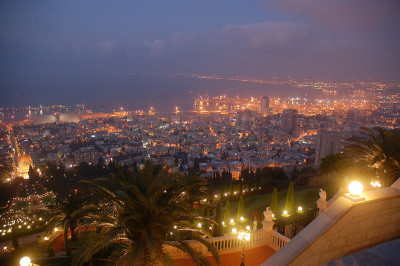 “What a sense of humor,” I told myself as I stumbled sleepily to my aisle seat for my return to the United States.

Seated next to me was Tal. That is the Hebrew word for “morning dew.” Her husband, Abir, sat beside her. They were newlyweds on their way to the States for a honeymoon. An hour earlier, I was in the airport when I spotted them. My first thought was that “this girl is ripe for the Gospel.”

“Abir, you are a blessed man to receive such a lovely bride.”

He grinned, but did not understand English. She blushingly told him what I said.

From that point on, the conversation was between the two of us as he tried to sleep between his sneezes. I asked The Lord to anoint me for what was to unfold during this 13 hour flight. They had never been to the States and were also planning to go to Mexico, but didn’t know where.

Even though she recently completed her two years as a commander in the IDF, she sounded a bit anxious about the trip.

“Comfort,” I thought, “Comfort My People,” says The Lord.

That small phrase, which has been an oft-neglected command, is the name of our ministry to the Jewish people in Israel and beyond. It is also the most effective means of conversational evangelism. I had used it several times while witnessing in the past few weeks. It is heart to heart and relationally charged.

Once I shared with her some advice about travel in Mexico she felt at ease. Soon, we were sharing pictures of my wife and family and she shared hers. She loved my grandchildren’s smiles. I knew I was in at that point.

“So, why did you come to Israel?” she asked.

“I love the people and the land,” I answered.

“I am also concerned about her future, so I come to help.”

She wanted to know more, so I continued.

I am a Jew, but I believe Jesus is the Messiah

“Before I go on, I need to tell you that I am a Jew, but I believe that Jesus is the Messiah.” She smiled.

“Can I first tell you my story?”

She nodded, so I continued. I gave her a very abbreviated version of a long journey. When I said that I was a hippie, she chimed in, “long hair, beard, love and peace?”

As I came to the day I met Jesus, I explained how circumstances led to that moment. I told her about the lunchtime conversation between my Communist Hungarian boss and the builder we were working for on a project.

“Hitler was a smart man,” the builder said. “He was a fool,” my boss replied, “if he were smart he would have finished the job.”

I realized that this conversation was staged on my behalf. That made me even more upset. At that moment, in my mind, these two were responsible for all the graffiti scratched into the stalls of every bathroom I had entered as a child growing up. They were covered with Nazi signs and slogans that said “the Jews killed Christ,” “kill the Jews.”

Why do they hate us?

Tal was shocked. “Not in America!”

“In Israel, you are surrounded by Jews. Those who hate you mostly live outside your borders, but anti-semitism knows no bounds.

“Sort of,” I replied, “but it is spiritual in nature.” She seemed to understand, so I continuued.

“On that day, something happened inside of me that deeply troubled me. I saw two shovels leaning on the basement wall and immediately I devised a plan to kill both men. As I sat on a bucket preparing my next move, my boss yelled for me to get back to work. I knew then it was too late. However, in my heart I had already murdered them both.”

I awoke a new creation

I went on to tell her how empty I felt on my way home that night. How could I, a hippie, filled with love and peace, commit such a vile act in my heart? My view of myself was shattered. When I came home that night, I did not tell my wife what happened, but I did tell her that my infected finger had swollen more and was spreading rapidly with a great deal of pain. I wanted to go to the ER and have it amputated. We had no money for me to be hospitalized. For whatever reason my unbelieving wife said, “Why don’t you ask Jesus to heal you?” I had nothing to lose. I sat against the wall on our kitchen floor and talked to God for the first time.

That night, He not only healed my finger, but my heart as well. I awoke a new creation.

Tal was amazed, but tired. I told her to rest and she soon fell asleep against her new husband’s shoulder. I prayed as they slept.

The stewardess brought their second kosher meal before they awoke. When they did, I looked out the window as the sun was setting beneath the clouds.

“Shabbat? Abir, it’s Shabbat!”she cried out. She turned to me and said, “How sad we are not home for the Shabbat.”

That was a defining moment for me. With all that she had to look forward, her heart was with her family and their land for the Sabbath. It spoke volumes to me. My heart went out to them as we prepared to land.

“Please do yourself and me a favor. Read the Brit Haddashah. You will meet Yeshua. It will take courage, but you will be amazed.”

She assured me she would. Abir gave me a warm handshake and they headed for their honeymoon.