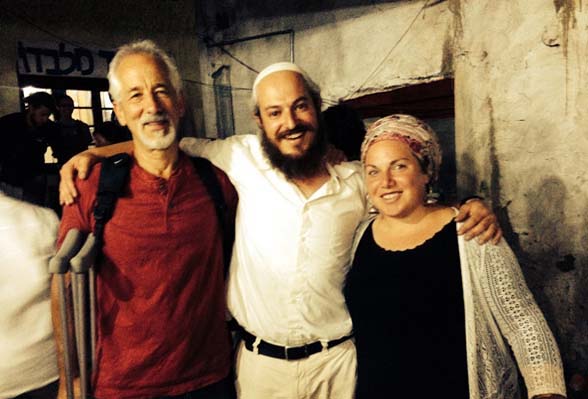 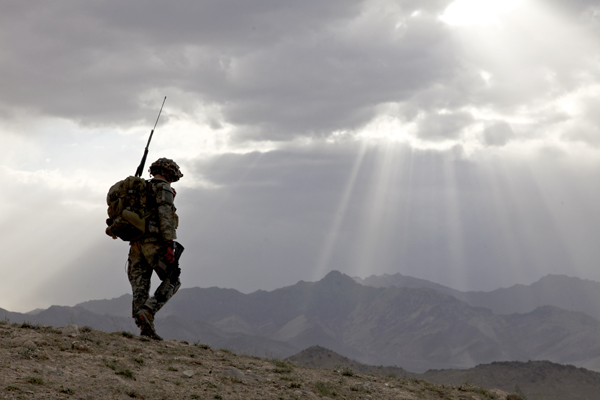 I am not a hero and I am no fan of pain. Just ask my wife.

So, when I broke my hip six weeks before heading to the Himalayas, several well-wishing people were shocked that I still planned on going.

I was forced to ask myself, “Am I being foolish, or am I being obedient? Is this about me, or is this God’s calling?”

The last thing I wanted to do was suffer further injury or become a burden to someone else. But trusting God to reveal His will is not always cut and dry, especially when He raises the stakes to believe the impossible.

How thankful I am for His word and His patience to penetrate the multitude of anxieties within me when confusion enters the equation.

My mind went to the early disciples of Jesus when they responded to the call to go and bring the best news, in fact, the only lasting good news, of the Kingdom of God to those who had yet to hear.

They suffered hardship. In fact, there is quite a list of obstacles they faced in the course of going, but they went. Even sleeplessness was listed. I hate sleeplessness, but I love Jesus more.

So, my mind was made up and my heart was fixed. 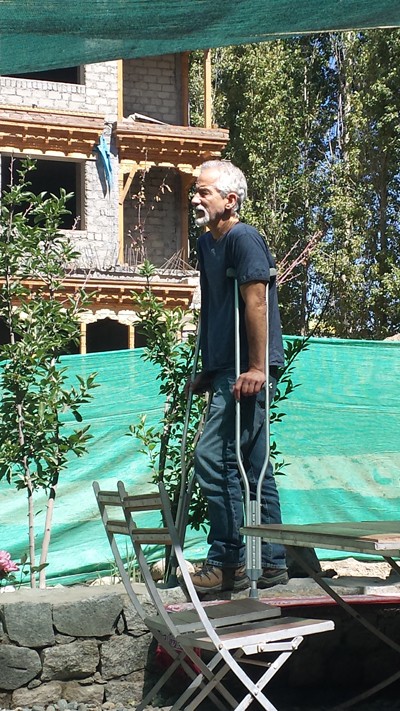 My Journey to the Himalayas

I pursued the journey along with two other men whom God also called to bring the message of God’s great love, His eternal purposes, and revealed mysteries to the Israeli soldiers.

They are the young men and women of the Israeli Defense Forces (IDF), who have just finished their call of duty. Some of them retreat to the Himalayas to clear their minds and seek some relief from the enormity of pressures they encountered as they battled the evils that surround their nation.

It turned out that my crutches became an open door to conversation. For no one in their right mind goes to the highest mountains in the world on crutches. As the journey unfolded, it became clear that this was not only about reaching Israelis, it was about God’s love for the nations.

Sonam Parvez is an ANM missionary in Leh, Ladakh, the highest mission station in the world. His family tree is rooted in generations of Tibetan Buddhists until his grandfather was visited in a dream by an angel. It may sound strange to some, but God awoke him supernaturally to the reality of Jesus’ love and saving message, which he proceeded to extend to his people in the most remote region of the Asian world.

Sonam embraced that same calling and has not only trekked for miles and years through incredibly rough terrain, but he has raised up disciples to do likewise. I can and will gladly speak more on his behalf, but this is a trip report for Comfort My People, a ministry focused on outreach to the Jewish people in Israel and beyond.

After a brief nap, Sonam took us to the Israeli section of Leh where former soldiers stay between treks in the mountains. At the edge of their section of the city is a gate leading into a gathering place. Unless one understands Hebrew, it would be hard to know where you are entering. “HaBayit HaYehudi” means “House of the Jews.” We strolled through the gate, clueless as to what was inside.

There were several people sitting casually about the large room open to the outdoors with a tent-like roof over them. Cement block walls defined the perimeter. Soon, a man walked out of the building and seeing us, approached with a warm smile. He wore a yarmulke with long curls (payos) hanging from either side, indicating that he is most likely a Hasidic Jew, though I soon learned that he did not fit any mold.

“Shalom,” I greeted him, “Mahshlomcha?”

He told me he was very well and began speaking rapidly. In my broken Hebrew, I told him that he spoke too fast. To my delight, he continued very clearly in English. He introduced himself and his wife and soon we were sitting and drinking coffee in a circle.

They are the stewards of this gathering place, a very laid back environment for the Israeli sojourners. It didn’t take long to recognize that they were like absentee parents to the former soldiers.

I am a Messianic Jew

After a brief, casual conversation around small talk, I dropped the bombshell.

“I am a Messianic Jew; my friends are believing Gentiles.”

“I believe that Yeshua is the Messiah,” I clarified.

Any semblance we initially embraced was now gone. Yitzike decided to move to a group of women seated nearby, while Yonatan held firm ground. Our conversation continued for close to three hours. He and I did most of the talking, traveling in and out of the Old Testament scriptures and personal experience.

When Sonam spoke out concerning the New Testament, Yonatan very politely responded with what lies deep in the minds of every Jew.

“I don’t want to sound rude,” he said, “but the reality of what you are telling me has not played out in Christian history. The Jews have received very little of the love that you are speaking. In fact, we’ve been all but annihilated time and again.”

At times like that, I am so thankful that the Holy Spirit is present. When He named the ministry I now direct, Comfort My People, it was because Isaiah was prophesying a time such as now when comfort had to be applied in order for the Gospel to return.

I gave a brief background of the early church and how it was once entirely Jewish until it became a growing threat to the Gentile Roman way of life. Jewish hatred grew rapidly because it was demonically inspired. The elimination of the Jews has been Satan’s strategy for ages because he knows they play a critical role in the culmination of history and the second coming of Jesus.

Yonatan was thoughtful, but hardly convinced. Forgiveness is a common trait amongst most Jews, but so is suspicion.

We left that night on friendly terms. In fact, we embraced one another before our goodbyes.

The next morning, Sonam suggested that Shane and Jason see the mission field with two of his trained leaders, both former Tibetan Buddhists. I was to stay in Leh, but first he wanted me to spend the day with them.

It happened to be the day the Dali Llama was visiting. The five of us hired a taxi and headed into a rural valley outside the city. There, 75,000 people sat in an eerie stillness beneath the blazing sun, while their guru spoke in his native tongue which no one understood. If ever Jesus saw through my eyes a crowd that He looked upon with compassion, “seeing that they were like sheep without a Shepherd,” this was the day.

The next day, the team went up the mountains to see the mission field and I returned to the Israelis. 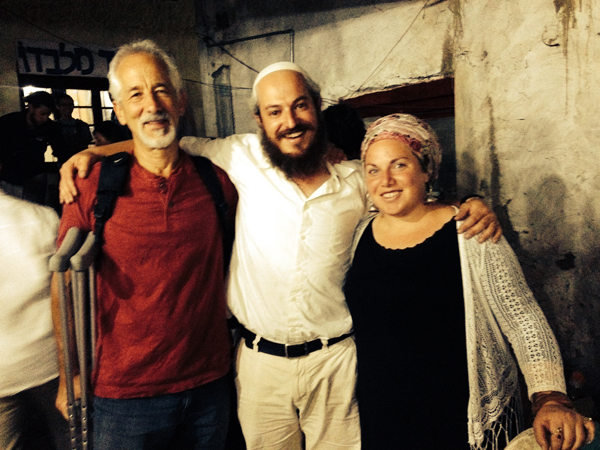 It was the Sabbath night. Three hundred and fifty people sat shoulder to shoulder in anticipation of the “Shabbat.” I tried to sneak in unnoticed as an observer, but I was “had.”

Yitzike motioned for me to come up to the front and sit with them. I had no choice as she parted the sea of people to allow me to shuffle up. As the service began, I was struck by the attentiveness, participation, and mutual love that was shared that night. I was purely an observer, but at times, it was hard to see through teary eyes, another crowd, though well fed, were like sheep without a Shepherd.

I returned the next night, this time we talked again. It struck me that God had given me favor with the leader of this large group who was highly respected.

That night, the Lord did something that shocked me. It was another service, the closing of Shabbat. Yonatan spoke at length along with some crowd participation. Then, he turned to me and his voice intensified. His Hebrew was too fast for me to understand, though I did hear my name and the words “Yeshua Ha Moshiach.”

When the service ended, he told me what he said. He was talking about getting along past the things that separate. He said that, unlike him, I believed that Jesus was the Messiah, and we were still able to love and respect each other.

“What an open door for their minds!” I thought as they trek into the future.

The next night as my friends returned with me to the streets of this tiny Israeli village, I was welcomed by a few who recognized me (crutches). The wall of suspicion was falling.

That night was our last, but God opened a beautiful opportunity for the three of us to engage in very meaningful conversation with a growing group of soldiers in a cafe. They had all fought in Gaza, each close to someone who was killed. We left them with a few New Testaments and heartfelt embraces. I gave one girl a copy of the Milkman Story and she told me she would read it twice.

The Jews were chosen by God to be a light to the nations (Gentiles). They failed.

The Gentiles were given mercy to provoke the Jews to jealousy. They failed.

But God has never failed.

On this journey, I witnessed Him in ways that I had nothing to do with. I simply stepped into them. In very natural, yet supernatural ways, He opened doors for me to share the Gospel personally with not only Jews, but an Irishman, a Muslim, a Hindu, two Germans, two Taiwanese, a Tibetan, and a “Kiwi” (New Zealander).

In spite of history, God was at work fulfilling His mission. I take no credit.

Three of them gave their lives to Jesus.