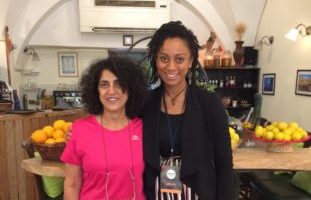 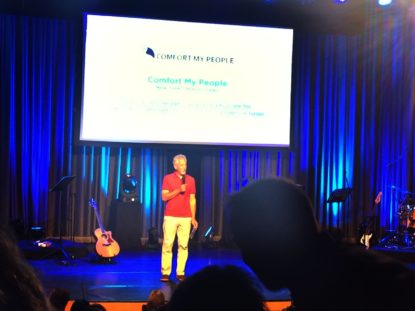 In March of 2010, I found myself in the center of a prayer circle in the Advancing Native Missions conference room. After several people prayed for me, one voice boomed over the others.

“God, I am afraid! You brought a Jewish carpenter into our midst and I don’t know what to do with him!”

The deep resounding cry was repeated twice with intensity. It was the voice of Bo Barredo, President and co-founder of ANM.

It was totally unexpected.

The day before, that meeting began as most days for me. I went to work. On that day, I was working in my shop, but my heart was in an awkward place. I call that condition, “holy unrest.” My mind could not concentrate. I tried to dismiss the persistent, silent voice telling me to call Bo. It made no sense to me. That was affirmed to me when I gave in and called the ANM office. When Bo got on the phone, the first thing he said was, “Paul, we have been friends for ten years and this is the first time you have ever called me.”

It was true. But now I was beginning to wonder why I had the phone to my ear.

He continued, “Paul, this is a holy moment. I am outside the office now looking at the mountains.”

Strangely, I too was outside, leaning against my shop, also looking at the mountains, but from the opposite side.

The next day, at Bo’s invitation, I walked into an office as directed by the ANM receptionist. I was expecting to meet Bo, simply to talk.

Instead, I was in the middle of a staff meeting. I felt awkward and excused myself. Bo stood up and called me in, then introduced me. He asked me to speak to the staff about what was going on in my heart and give a short testimony.

I was totally unprepared, even in my dress. The next thing I knew, people surrounded me whom I didn’t even know. They prayed for me and I had no idea why. I had no request for prayer or plans of joining them. In fact, this was my first visit to their office.  What I did know is that tears were streaming from my eyes. That is when I heard the thunderous voice of that Filipino man of God as he began to pray.

Fast forward to early June of this year 2016. I hear another voice, this one is coming through big speakers and it is loud. It needed to be. The voice was speaking to a large conference gathering in the King of Kings Congregation located in the center of Jerusalem.

The voice was mine. How did this happen?

The Ministry of Comfort My People

For the past two and a half years, I have been the Director for Comfort My People. It is a ministry to the Jews in Israel and beyond. I never dreamed of this privilege. Through CMP, Israel became the eightieth nation represented by ANM in which unreached people groups are known to live.

We have now gathered four indigenous ministries in Israel with whom we partner:

The conference was called Jerusalem Encounter, sponsored by the Fellowship of Israel Related Ministries (FIRM). Several months ago, I was invited to apply for membership for Comfort My People. In my naiveté, I considered FIRM to be a small group, otherwise why would they be interested in our little start-up? I liked the people, but their ministry was predominantly to help support indigenous ministries in Israel. In fact, in many ways they seemed like an Israeli version of ANM.

My sights were set on locating ministries in Israel that would identify with the ANM vision and benefit from our assistance.

Nevertheless, I was inclined to pursue and with ANM’s approval, I applied and was accepted.

Two months later, I was asked to represent Comfort My People as a highlighted ministry at their conference.

I sheepishly confess that up until our arrival, I did not realize the magnitude of this opportunity.

My wife, Marla, and I came to Israel with three friends who are committed to ministry to the Jews in Israel.

I should make something clear at this point. When you support the ministry of Israeli Messianic Jews, you are also supporting their ministry to their Arab neighbors. That is literally their “Samaria” (my “two birds with one shekel” theory).

Back to the stage

While I waited behind the tall curtains for my turn to speak, I realized that I had no prepared notes.

It’s not that I didn’t try. Every scribbled attempt up until late in the night was crumpled and tossed.

My dilemma was how could I explain what ANM does and then what Comfort My People does, along with some of my background in seven minutes. My approach was simple.

Trust God and show one picture.

As I sat next to that curtain, a strange peace settled in me. My heart has longed for the Word of God to again proceed out of Zion, as it is written. I was now a part of this prophetic plan declared centuries ago, and I was not alone. Comfort My People was born of God through His prophetic word, but we are advancing through the loving and generous support of many Gentile Believers, like you. That too is prophetic.

And that’s not all

On each of the three mornings of the conference, a different ministry was highlighted. On the first day, it was The Bible Society, presented by Victor. On the second, Sandy presented Be’ad Chaim. Out of the forty ministries that make up FIRM, Comfort My People was the next to be presented.

I realized this was by divine design. All I had to do was speak and be mindful of the clock.

With two countdown clocks facing me on each side, I began. My emphasis was on the “smoldering wick” which Jesus said He would not put out. To me, He was speaking of Israel. He would not snuff it out because He knew it would become a blazing torch, which would one day shine into the Nations and finish the task of world evangelization. Due to the bright lights, I could only see the young people closest to the stage. I sensed their eagerness to listen and went on to say,

“Through ANM, Comfort My People can also provide a platform for trained disciples to go from here to the Nations into several places where your voice would be heard and your stories could be told about the move of God from the Land where it all began.”

The last thing I did was to show a photo of my wife and me, along with our children and grandchildren. I explained that this is why I do what I do. I concluded with,

“This picture speaks of God, Who has given a totally undeserving man a wife, a family, and a message that cannot fail. This is the God we present to a waiting world.”

My seven minutes were up and I sat down.

That afternoon several people, mostly young and from different parts of the world, approached me, eager to share their stories and to know more.

The most striking though, was the lady we were about to meet as we entered an outdoor restaurant for lunch.

As we walked down the stone steps into this secluded garden café, a tall attractive young lady got up from her seat and approached us.

“I can’t believe you are here,” she exclaimed in amazement. We had never seen her before and I thought, “How sad, she thinks I’m somebody else.”

“I just heard you speak at the conference,” she continued, “God told me, ‘Hannah, you have to meet this man!’”

I was shocked. She asked if she could sit with us and of course, we agreed — still in a daze. 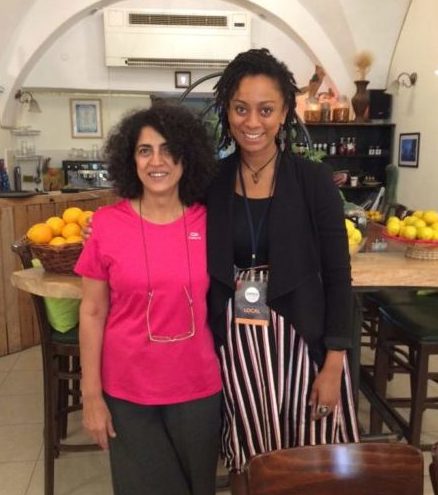 We had a great conversation, prayed with her about her desire and vision to serve. While Marla and Hannah continued to visit, I shared my testimony with her unsaved Jewish mother from Morocco. Her daughter, Hannah, was thrilled to witness that personal touch with her Mom and couldn’t thank us enough.

Not only was the food delicious, it was plentiful — a wonderful way to spend our 40th anniversary.

By the way, Hannah owned the restaurant.

I know this is an unusual update, but I want you to see that God has birthed this ministry and He is making a way for it to grow. I feel like a passenger on a train. My growing ambition, though, is to be actively engaged in this unfolding saga, conceived in the mind of God before time began.

Marvelous things are happening through our ministries:

Let me know of your interest and how you would like to help. You are the critical piece of this process. We can’t say thank you loud enough!