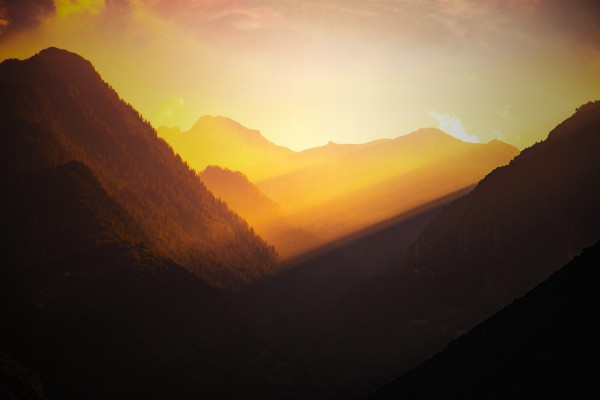 He said, “Take your son, your only son Isaac, whom you love, and go to the land of Moriah, and offer him there as a burnt offering on one of the mountains of which I shall tell you.” (Genesis 22:2)

Moriah means “chosen by Jehovah,” a name suitable for a sanctuary.

Then Solomon began to build the house of the LORD in Jerusalem on Mount Moriah, where the LORD had appeared to David his father, at the place that David had appointed, on the threshing floor of Ornan the Jebusite. (2 Chronicles 3:1)

What is Abraham being tested on? Obedience? Faith? Allegiance?

Or, is it a question of how much do you know about God’s nature, Abraham?

The Hebrew word “olah” means “burnt offering,” but can also mean “what is laid on the altar.” The key word is “as.” Is it meant to be a slaughtered son or is it meant to be offered as if he were a sacrificial animal?

Could God truly require His friend, Abraham, to offer the son, his only son, whom he loved to be slaughtered? Was the God of the universe that schizophrenic that He would one day promise him offspring after decades of an empty womb, tell him to name the child laughter, because the world in which they lived was so in need of relief? Would he give his wife reason to hope after so many years of barrenness and then take away what she had hoped for? Was God so jealous that He could not bear the affection the parents of the promised son enjoyed?

What kind of God was this anyway?

Could it be that this was not only a test of Abraham’s allegiance to his God, but an education of what the nature and character is of the God he had come to know?

And the angel of the LORD called to Abraham a second time from heaven and said, “By myself I have sworn, declares the LORD, because you have done this and have not withheld your son, your only son, I will surely bless you, and I will surely multiply your offspring as the stars of heaven and as the sand that is on the seashore. And your offspring shall possess the gate of his enemies, and in your offspring shall all the nations of the earth be blessed, because you have obeyed my voice.” (Genesis 22:15-18)

Not only was the nature of God in question in this event, but the nature of the promise as well. If God did not make it absolutely clear who He was not, His word would be as tenuous as His behavior. This is especially clear because of new and expanded information He was to disclose on the mountain of His choosing.

Principle 29: The circumstances that surround us are not always as they appear. At times, we need to face extraordinary times to discover truths about God that will drive us deeper into hopeful and committed living.

Just like the event on Mt. Moriah that will take place 2,000 year later, logic and reason will lead you to the cross, but can take you no further. The cross by itself makes no sense. It is all about the promised life that proceeds from it!

Next article: The Integrity of Abraham

The Birth of Laughter, the Promised Seed

Abraham Gave All He Had to Isaac

Becoming a Disciple of Hope