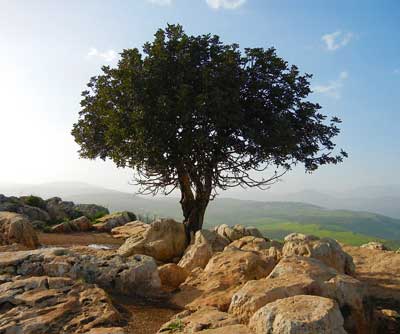 Disciples of hope follow the leading of the Lord as they journey.

The calling of Abram and the planting of the zerah in the soil.

Now the Lord said to Abram, “Go from your country and your kindred and your father’s house to the land that I will show you. And I will make of you a great nation, and I will bless you and make your name great, so that you will be a blessing. I will bless those who bless you, and him who dishonors you I will curse, and in you all the families of the earth shall be blessed.” (Genesis 12:1-3 ESV)

The seed is given soil. The “zerah” becomes our example of a disciple, called out and called unto.

God initiates the identity of a specific piece of real estate and the Nature of the calling of the offspring of the seed of the woman:

First Example: Egypt and the Pharaoh (treated him cunningly)

Does Abraham begin his journey of faith as an obedient follower?

Did God lead him into Egypt?

Compare the beginning of Abram’s call to his route:

Did Abram give Bethel its name?

To call, name, give name to

So why did he keep going?

There is a Biblical precedent being set in this place, which will be repeated as a theme because of the common human dilemma of being caught between two places and in need of direction.

Should he have kept going?

Genesis 12:10 says there was famine in the land. Humanly speaking, he had to make a decision now for his family. Certainly, a place of famine is not good.

But why did he journey on to the Negev? That is desert country and there is no indication that God led him there.

When they get to Egypt, he tells Sarah to lie for him and then exchanges her for some animals and slaves, both male and female. (Genesis 12:16)

He returns a rich man in earthly terms, but not without consequences that follow his carnal decisions. He calls out to the LORD again, this time because of His mercy. (Genesis 13:4)

What does “forever” mean?

So when God desired to show more convincingly to the heirs of the promise the unchangeable character of his purpose, he guaranteed it with an oath, so that by two unchangeable things, in which it is impossible for God to lie, we who have fled for refuge might have strong encouragement to hold fast to the hope set before us. We have this as a sure and steadfast anchor of the soul, a hope that enters into the inner place behind the curtain (Hebrews 6:17-19)

Principle 18: When God gives a clear promise, it is for the purpose of giving us hope or admonition (warning).

When we tamper with His promises, we jeopardize the hope of the ones we aim to disciple, as well as ourselves.

Where do people get the notion that we can change the Word of God to mean something else?

Next article: The Introduction of Righteousness

The Integrity of Abraham

The Fall of Man

The Introduction of Righteousness