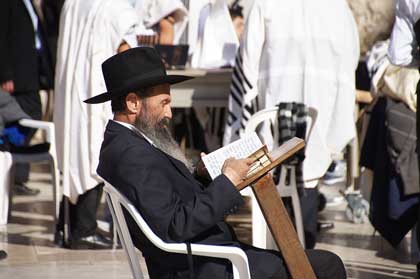 For those of us who are concerned about global missions, we recognize the vital need for each people group to have access to a Bible in their own language. Without which, proper growth and discipleship cannot take place. That has been a determining factor for Christians who have courageously smuggled newly published translations across dangerous borders that are closed to the Gospel.

That has been a determining factor for Christians who have courageously smuggled newly published translations across dangerous borders that are closed to the Gospel.

The Hebrew Bible is Incomprehensible to Most Jews

There exists, however, an unreached people group who do have a Bible in their written language, yet it is almost incomprehensible to them. Hence, it has very limited impact on their lives.

That people group is the Jews in the land of Israel. For many centuries, the only acceptable Hebrew Bible has been the Masoretic Text. There are other Hebrew Bibles which modern Jews can understand, but they are not accepted as authentic. Any other text than the Masoretic is considered one that has been adulterated by Christians for the purpose of converting them.

Forced conversion is a dark element of Jewish history. It tracked them throughout their diaspora in Europe for centuries. In the minds of Jews, that history is criminal and never to be repeated. A Jew that becomes a Believer in Jesus has a specific title, in Hebrew, it translates as “traitor.”

For years, the Bible Society of Israel has played a critical role in publishing entire Hebrew Bibles with both the Old and New Testaments and a numerous amount of literature supporting what Moses and the Prophets spoke concerning the coming Messiah. They have distributed these books throughout the Land through outreach and the joint effort of Messianic ministries.

However, an understandable AND acceptable Hebrew Bible has been missing, especially among the Orthodox community.

That is now about to change.

The Annotated Bible project is progressing very well with a plan to publish in 2017.

These annotations are done by Messianic Jewish scholars who have a clear understanding of the Hebrew Biblical Text, as well as the objections their potential readers have held to for years.

The Masoretic Text is written in Ancient Hebrew and, in many cases, cannot be understood by the average Israeli. They have depended on the Rabbis to tell them what the Bible is about, rather than read it and learn as they do.

It is without limit, the effect this Bible will have on the Jewish population.

How You Can Help

Unfortunately, the project has nearly depleted its funding and this is where you can be a part. Victor Kalisher, the President of the Bible Society of Israel and director of this epic project, has a vision to not only complete the Bible during 2017, but to also print 4,000 leather-bound copies for free distribution.

For me, that is a lot of money. But for God, it’s nothing!

To put it into context, the Jews are the ones who originally wrote, transcribed, and preserved the Old Testament, which we read today. In addition, the authors of the New Testament were all Jewish. These two books have been credited for changing barbaric cultures into civilized communities for centuries.

In that light, it seems a small debt in return.

Would you like to help put Bibles into the hands of the Jewish people in Israel?

Prayerfully consider making a donation to the Annotated Bible Project.