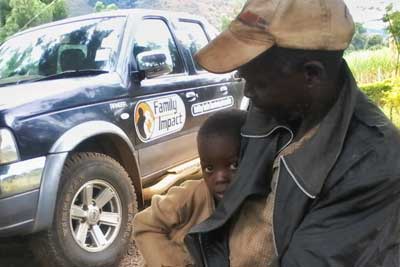 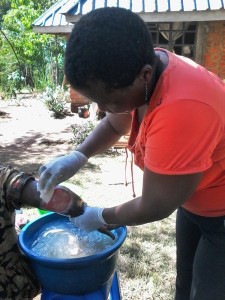 Why was she smiling?

That’s not quite accurate. She wasn’t simply smiling – Jessica was exhilarated with laughter.

Then she told us why. Tom had to translate. My Swahili was not quite sufficient.

“She said that no one had ever treated her this kindly before and made her arm feel better,” Tom told me.

But she shouldn’t have been smiling.

I didn’t know what to expect when one of the Kenyan girls who works with Hellen came down to our little guest cabin and said Tom wanted me to come to the house.

He met me partly up the path and told me there was a woman whom he wanted me to see. It was the second time he had someone fetch me that day. It was the only day that occurred during my stay in the village of Ileho.

Hellen was just outside the house, next to the outdoor kitchen where the women from the village cooked our meals. She stood beside Jessica (her given name), rubbing her arm with a cloth soaked in warm salt water. Infected skin was dripping into a plastic bowl from an abrasion the size of a flattened football that surrounded her elbow. I could only imagine her pain.

The flesh was gone, exposing only scar tissue around her bone. I had never witnessed anything like it before, but she smiled at me.

Her husband sat on a bench next to the tree in the garden behind her. The crudely built wooden bench was just made two days before by Elijah, one of Tom’s hired helpers. He is the father of Emanuel, a small boy who is both deaf and unable to speak, and always accompanies his father. His mother had left them. On the first day we came, Elijah was afraid of our team, because he had never seen a white man. But with each day that followed, he eagerly met us with an excited grunting sound and a smile that lit up his face. 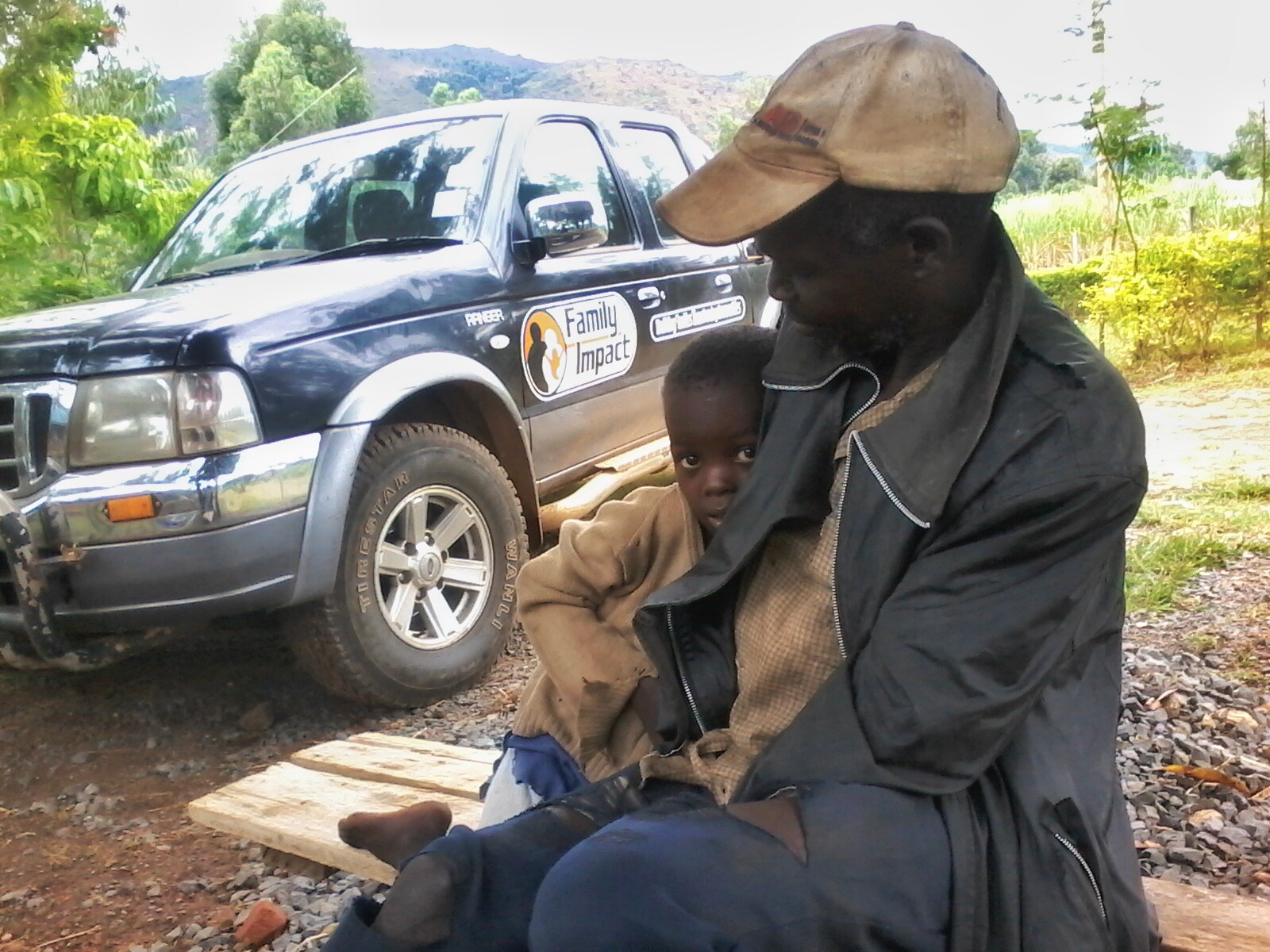 Jessica’s husband looked homeless. He wore a tattered overcoat that seemed to double as a blanket and a mattress. It was about 90 degrees outside.

Across from him lay their little boy, stretched out on the wooden board. He was weak and fragile. He barely moved except to throw up clear fluid. He hadn’t eaten in days and his wrinkled skin draped over his bones, causing me to wonder how close to death he was.

Hellen thought he had malaria. Tom thought even worse. She sent someone to get medicine from the chemist eight miles from there on the worst roads I have ever traveled, but the chemist was not there.

Jessica is an epileptic. About a year ago she was cooking over their open coal fire and had an episode. She fell into the fire severely burning her arm and finger. She was taken to a far away hospital, accompanied by her young daughter. There she was told that she was not capable of taking care of her daughter and they had to take her. Jessica told Hellen and Tom that she thinks they sold her daughter into sex slavery.

But she was still smiling.

When Hellen finished dressing her wound, she covered her shoulders with a freshly cleaned garment. The girls had washed and scrubbed it in hot water and dried it in the sun.

She sat next to her husband Moses. Although I felt so inadequate, I also felt so pained. I asked if I could pray for them. Then I asked God for His anointing and began to pray, knowing that my words would be irrelevant, but His empowered.

According to the Word of God, I prayed believing that the Lord would deliver them from all their destruction and heal all their diseases by sending His Word. Then I prayed for Moses. I asked God to give him an understanding and willing heart to serve his wife and children with great energy and enthusiasm, that he would give his life to Jesus and become the man he was created to be.

As I prayed, Jessica lifted her good arm to Heaven in worship and gratitude. Her “Amen, Amen” in her Kenyan dialect was a divine melody to me.

By then we were all smiling, and I realized why. God made it clear to her that she was not forgotten.

Sometimes that is all it takes to make a smile.

Update: Hellen has continued to wash and treat Jessica’s wound and her arm is amazingly better since she began to “lay hands” on her. Her son, Peter, is looking much better and on his way to a full recovery (and Moses has a new coat)!