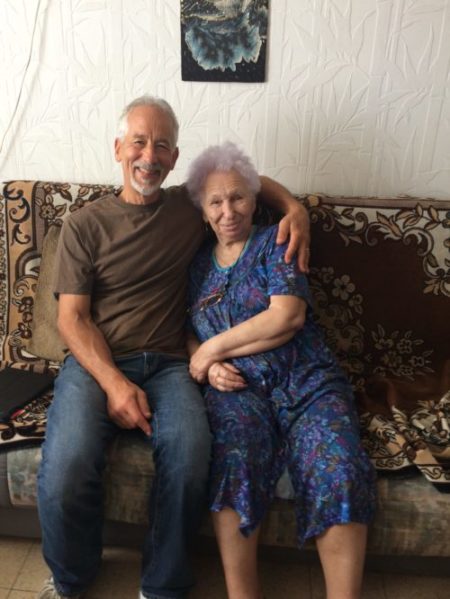 I awoke this morning in the 17th floor apartment of a Holocaust survivor woman named Clara and her husband Eliya. They live in Netanya, Israel.

Brian, the founder of Abundant Bread of Salvation, introduced us to them and requested our stay. We arrived late, but that did not hinder Clara from coming to the ground floor of the building to let us in after our several failed attempts with the buzzer. As soon as she saw Brian, she grabbed his head and kissed his cheeks back and forth several times. Then she pinched him and turned her face to us with a wide-eyed grin. He was family to her. I flashed back several decades and felt I had just entered my Aunt Frieda’s apartment building and it was my cheeks that were stretched and sweetened by her lips.

It is no wonder that Clara feels that way about Brian. Every month, his ministry distributes food designated to 400 families, most of whom are elderly, widowed, or unable to find work. The poverty rate is high in this city and the government is not able to handle the influx of immigrants. It is the same story in cities throughout the Land.

Abundant Bread also supplies meals once a week in a soup kitchen as well as clothing, toys, and personal outing trips for girls in the nearby orphanage. His distribution center is located in a poor, run down section of the city where the Ethiopian population reside. The center is small, but well organized. 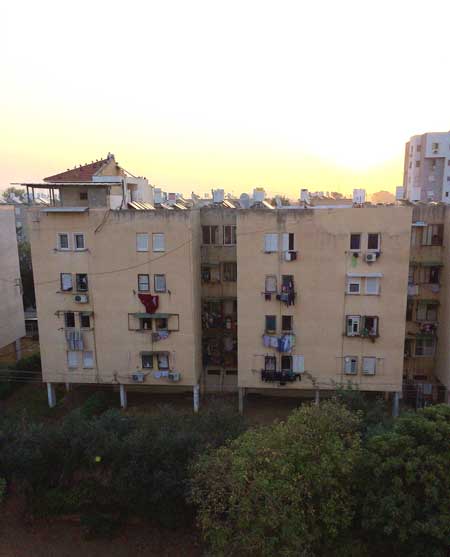 Before he opened the steel door to his ministry, I would not have suspected what lie behind it. As we entered though, it was clear that the Presence of the Lord was within. Brian and his small staff not only serve humanitarian goods to those who come, but the life-giving Bread of faith and hope through Yeshua. Abundant Bread of Salvation has a no obligation policy regarding receiving any food, clothes, or other goods. The needy people do not need to do or believe anything in order to receive from this organization and everything given is absolutely free.

Because of his truly compassionate approach, many have come to genuine faith even amongst the Holocaust remnant survivors. As a result of this loving effort, he has also gained favor with government officials, including the mayor. Like many of the ministries in this land, they have persevered in the face of great struggles and resistance, yet the good news has advanced into a people who once lived in darkness.