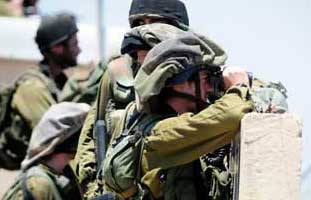 The following article is a guest post submitted by a Messianic mother in Israel. 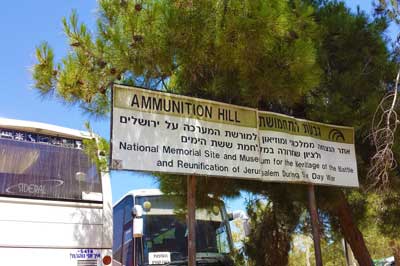 We recently drove Michael (alias) to Ammunition Hill to send him off for his 3 years of mandatory military service for Israel.

As we walked to the gate to tell him goodbye, we passed multitudes of families giving one last hug goodbye. So many of the mothers cried, a secular Jewish father wiped a single tear away, a little brother with his black yarmulke on his head reached up to hug the strong neck of his older brother goodbye one last time. They know the hardships their sons will face. Girlfriends kissed their boyfriends goodbye. The reality of living in a small country where every neighboring country wants to destroy you is that everyone must serve so that we can survive.

Families waved goodbye in the distance. Then each composed themselves, went home, and continued on with life.

Michael is well prepared in every aspect. On his own, he enjoys doing 120 push ups before bed every night without fail; he enjoys running in races, and often wins. Physically, he is prepared. He’s spiritually prepared as well. So often, I have walked into his bedroom and found him sitting still in a room, heavy with the Glory of God.

“Oh sorry, I didn’t mean to interrupt your quiet time.”

“No problem, I was just praying.”

He loves Jesus so much and walks closely to Him.

He loves to make friends and gets along easily with people.

He has done all he can to prepare himself for this day that every Jewish Israeli youth walks through. We are proud of him, but will, of course, miss him greatly.

On the bus to Eilat 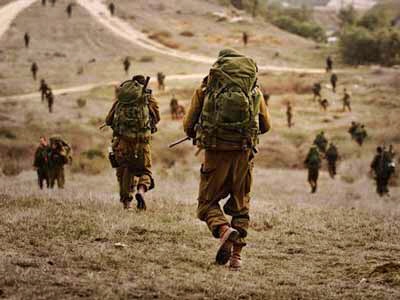 Michael sent a message after several hours saying that he was on a bus, going deep into the desert down by the Egyptian border for boot camp. This week, daily high temperatures will average 106 down there.

Michael called at almost midnight saying they had just finished filling out paperwork. He, and all of the others, had been to the doctor, gotten shots, had pictures taken of their teeth, and been asked multitudes of questions. I asked why on earth they took pictures of their teeth. Michael answered that if a person gets blown up, it is most reliable to recognize the pieces from dental records. Oh… (not what a mother wants to hear!) He is in a special unit which works to dismantle bombs terrorists leave. (Also not comforting to a mother’s heart.)

We prayed for him, all quoted Psalm 91 together, and went back to sleep. 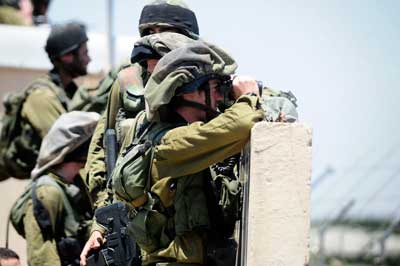 Please pray for Michael and for all the Israeli Defense Force soldiers for protection.

I am praying that neither Michael nor anyone in his unit will be seriously injured during the whole 3 years, and for grace to succeed well during boot camp in extreme temperatures. Their room has no air conditioning – of course, the field where they do exercises does not either.

Pray for favor for Michael with his commanders and the other soldiers.

Pray for Michael’s love for and devotion to the Messiah to be well received as he shares Yeshua with his fellow soldiers and commanders.