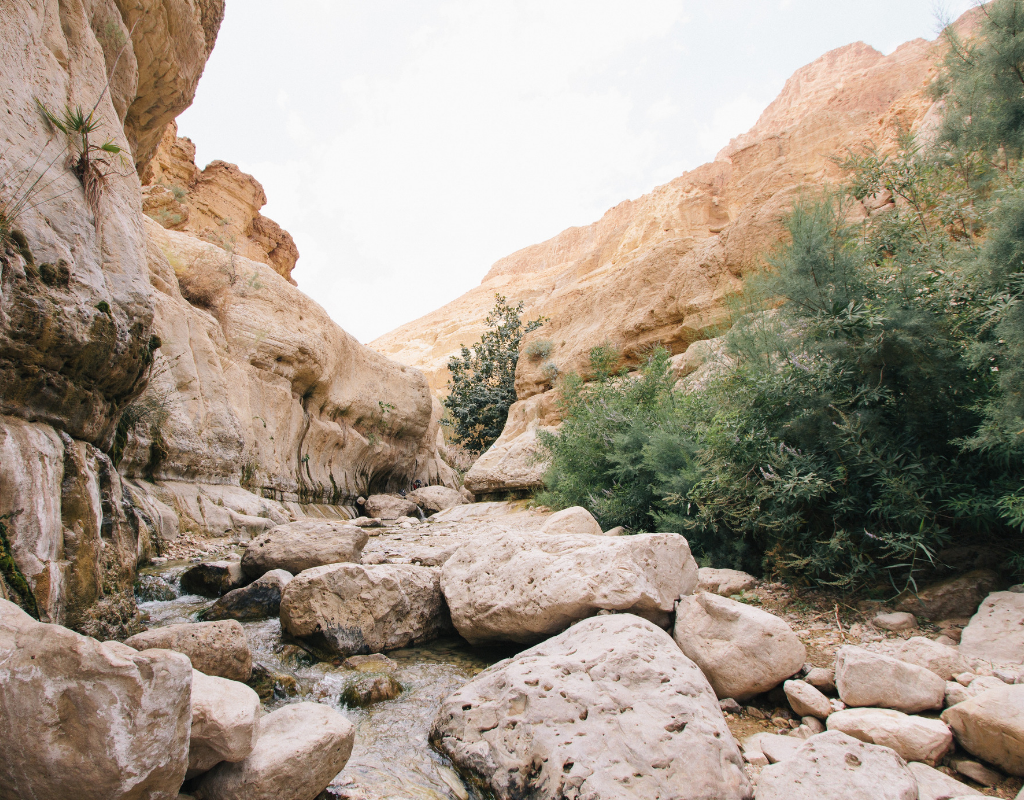 How many of us could say with full assurance that ”My salvation is rock solid, I cannot be moved—my sins are forgiven, never to be brought back to haunt me or accuse me?” If so, is it because you are going through a good season or just having a good day?

The reality of human existence is that life is both linear and cyclical. What I mean is that if we were to graph our day to day experience on paper it would have both valleys and peaks with straight horizontal lines in between. And on another graph, we would see a circle. Like the seasons of the year, our view of life would depend on which season we are in. Life seasons begin at birth and continue through old age.

That is true for all humanity. However, God wants His children, those who are called to believe, to see life differently. Why is that?

For one, it is because we have been given a different perspective. If we are seated with Christ, we look at life from above our circumstances. Second, is that we can function according to our divine nature, not merely our human one.

Without a clear understanding of the roots of our faith though (and its foundational teachings), we function as incomplete, lesser Christians. We easily get confused when troubles arise.

The New Testament is not just the title of a better and more enjoyable section of the Bible. It is all about the covenant that God promised from the beginning.

The History of God’s Chosen People

In the beginning, that promise was somewhat subtle. Following the fall, God hinted that one day the serpent, the enemy of all mankind, would be crushed and powerless. He promised this would happen through one man with the aid of his followers. He would be born through a specific lineage of Eve. As the story develops, that promise follows the lineage through the great heights and depths of God’s chosen people. These were the Jewish people – his choice. If we avoid this truth, then we begin to make up another story.

Adam had every blessing and advantage one could want. He lived in a perfect environment without the chaos and dysfunction of the post-fall world. He was sinless; at least, until the day when his relationship with God was compromised because of his desire to choose his own way of understanding over the Lord’s. He believed he could navigate life without consulting God. When Satan approached Adam and Eve on that day, he saw no danger in Satan’s offer.

As we trace the path and history of mankind, we more clearly see the consequences of that day. Everything was altered, from the world around us to our relationships with God, our families, and even our own selves.

The story continues outside of the Garden of Eden. God formed a specific people and revealed His purpose for them—to be a blessing to mankind and all the families of the earth. They failed to develop that concept with God. Instead, they veered from it. In time, God separated them from their promised land and their opportunity to interact with the nations; at least, except for one – the greatest nation of the day – Egypt, to whom they became slaves. After four centuries of living without divine assistance, they began to long for help from God again. They knew there was more, because they remembered God’s covenant with their forefathers:  Abraham, Isaac, and Jacob.

First they needed to be rescued and then God had to deal with their sin. God heard their cries and called Moses at age 40, but he fled out of fear. God forged him in the desert for 40 more years and revealed to Moses that He would be with him in this rescue mission. 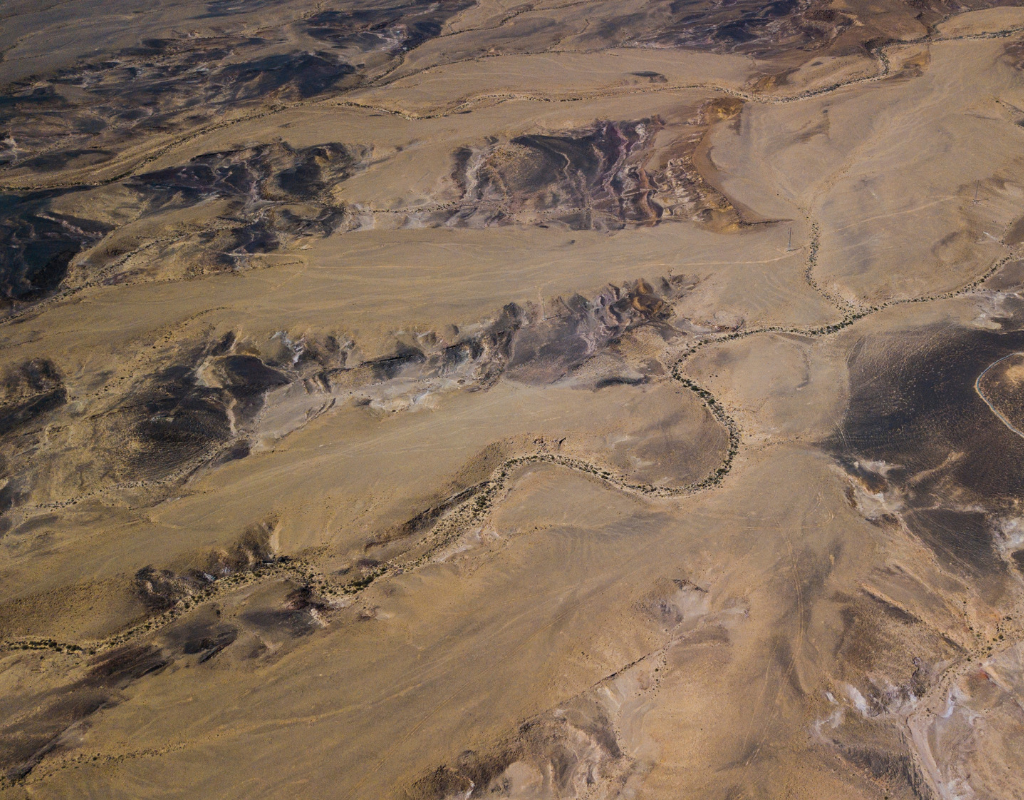 Once freed, God gave them the law by which they would live. They needed the law because of their transgressions. In it was the annual opportunity to be forgiven of sin and the means for maintaining good and holy lives. However, it didn’t fix their internal shortcomings. He instructed Moses that they needed not only to circumcise their skin, but also their hearts. There is no record of any dialogue of how that transaction could occur. So for 40 years, they wandered, literally skirting the mountain in a cyclical pattern of failure to obey, followed by regular sacrificial animal offerings for the forgiveness of their sins.

Eventually, they entered the land promised to their forefathers with renewed hope in that promise and with good leadership (provided of course by God). After all that had happened, God kept His word. He told Abraham that his descendants would go into captivity for four centuries (which they did), and then God would bring them out of it (which He did). Moses was their deliverer and at the end of his days, he turned them over to Joshua. When Joshua’s time as their leader ended, they were left to choose how to live in the land of milk and honey. It did not go so well.

The same cycle of failure, repentance, obedience, and success continued until the rays of hope grew dim. God responded with another leader – one after His own heart. David became king. He served God in love and courage to restore God’s position in the eyes of his people, and the calling for His people.

The result was military success and social prosperity. But it was short-lived. Internal strife and societal dysfunction led to a fractured and severely weakened civilization. The greatest one in human history had lost its momentum and headed for collapse, just as all those before it.

The exception, though, is this one was given a promise to return.

God instituted the office of the prophets when He gave the law to Moses. The prophets declared God’s word to them throughout their history, which included warnings if they disobeyed. As a nation, they were told that the land itself had the authority to “spit” them out if they reached a certain tipping point. Eventually, they did.

The History of God’s Early Church

However, the Prophets also spoke of a return to both the land and their stature following their harsh wandering. In the second wandering, which began around 70 AD, they would no longer have a nation or physical recognition of God’s presence as they had in the wilderness through the pillar of fire by night and smoke by day. In this dispersion, or diaspora, they would be at the hands of the Gentiles through whose land they wandered. The promise of return was what they clung to most – even though it grew dimmer and life became harsher in every nation they settled.

Without good leadership for most of their history, there remained only a remnant who clung to God’s Word – especially concerning one critical piece. They were promised that one would come as both a shepherd and a warrior king. He would be their Messiah.

When Yeshua-Jesus came to Israel, it was the right time, born of a virgin according to God’s word. But because of his humble origins and subtle arrival, few could believe that “this is the one of whom the prophets spoke.”

Though most did not receive Him, a remnant did. And to them He gave the power to be His disciples. This power was also promised by the prophets. It was called the New Covenant by Jeremiah. It was made with the divided house of Israel and Judah in order to make them one with each other and with God. It promised a new heart, a new mind, and a right spirit, whereby the Spirit of God could dwell in them personally, as He once did in the temple and the tabernacle before.

This New Covenant was spiritual in nature. It was based on the forgiveness of sin and the release of power. Within those who believed would come the “blessing” given through Abraham and the circumcised heart made known to Moses.

Even though the Messiah was rejected, this truth became clear to those who carefully followed His teachings. These followers became the disciples of Jesus. And after His death, burial, and resurrection, power was released to live corporately within God’s divine nature in a new and life-giving way. These Jewish disciples then began to bring this new way into the Gentile world as a blessing to the nations and throughout all the families of the earth.

Thus began the story recorded in the New Testament.

The Bride and the Dream

“Have a Nice Flight!”