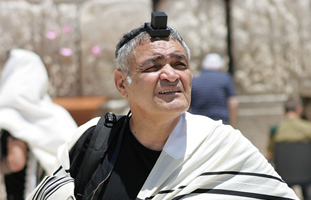 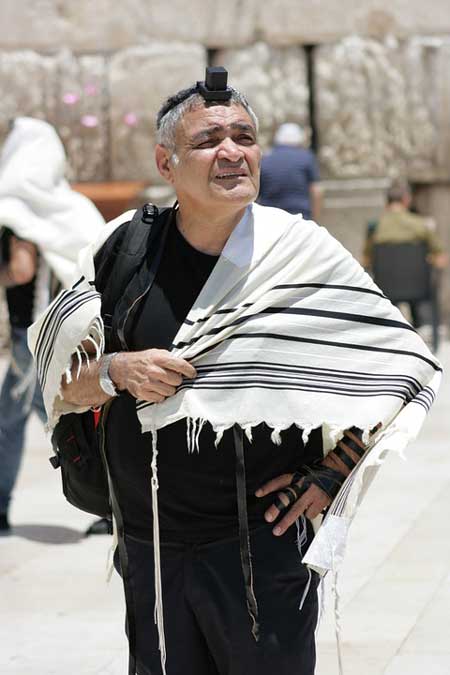 The message of the Gospel in the New Testament was to the “Jew first” and then to the Gentile. It is not a question of preference as some would have us believe. God loves the gentiles every bit as much as He loves the Jews. However, it is a question of priority.

Jesus clearly followed that order in His ministry and Paul, the apostle to the gentiles, tried in every way to follow that same order. He suffered intense persecution from his own Jewish people. Yet, his writings to the Romans revealed that his heart towards them never wavered. There is no indication anywhere that this order has been rescinded.

The Christian institution and many of its leaders have been quite presumptuous in degrading the value of the Jew and the nation of Israel. They are the most persecuted people group in history. Yet they are still here.

The first of those scriptures in the New Testament is found in John chapter eleven after the raising of Lazarus from the dead. The, God inspired, response of the apostle John to the prophecy of Caiaphas the high priest which was probably written long after the destruction of Jerusalem in 70AD, was stated as follows:

John 11:51-53 (NIV)  He did not say this on his own, but as high priest that year he prophesied that Jesus would die for the Jewish nation, and not only for that nation but also for the scattered children of God, to bring them together and make them one.

The second scripture is found in the high priestly prayer of Jesus in John chapter 17:

John 17:20-23 (NIV) “My prayer is not for them alone. I pray also for those who will believe in me through their message, that all of them may be one, Father, just as you are in me and I am in you. May they also be in us so that the world may believe that you have sent me. I have given them the glory that you gave me, that they may be one as we are one— I in them and you in me—so that they may be brought to complete unity. Then the world will know that you sent me and have loved them even as you have loved me.

If we recognize that God is One who answers prayer then certainly He will answer this powerful prayer of His own First Born Son, Jesus Christ. Regardless of the various dispensational beliefs of those in the institutional Church, this recognized unity of the Jew and Gentile believer under the lordship of Jesus Christ will bring about the greatest revival this world has ever seen – “for the world will then know”.

One might ask: “How will this recognition of unity come about?” The apostle Paul provides the key in Romans eleven where he discloses a prime motivation for taking the gospel to the Gentiles in the first place:

Romans 1:11-14 (NIV)  Again I ask: Did they stumble so as to fall beyond recovery? Not at all! Rather, because of their transgression, salvation has come to the Gentiles to make Israel envious.  But if their transgression means riches for the world, and their loss means riches for the Gentiles, how much greater riches will their full inclusion bring!

I am talking to you Gentiles. Inasmuch as I am the apostle to the Gentiles, I take pride in my ministry in the hope that I may somehow arouse my own people to envy and save some of them.

In this passage Paul implies that a key element of the mission of the Church is to love the Jew to such an extent that he will desire God’s message of salvation through Christ and Christ alone. We are not to love others less, but we are called to love the Jew more. This will require a measure of love which goes far beyond our own understanding and will also require repentance for the haughtiness that our Christian institution has shown toward the Jew throughout the past twenty centuries.

The true story of Charlie Coulson, a dying drummer boy during the Civil War, is an awesome example of the type of love which may well be required for the Jew to recognize his True Messiah as well as his Lord and Savior.

As noted below, the apostle Paul recognized the value of the Jewish heritage to the Christian faith.

Romans 9:1-5 (NIV) I speak the truth in Christ—I am not lying, my conscience confirms it through the Holy Spirit— I have great sorrow and unceasing anguish in my heart.  For I could wish that I myself were cursed and cut off from Christ for the sake of my people, those of my own race, the people of Israel. Theirs is the adoption to sonship; theirs the divine glory, the covenants, the receiving of the law, the temple worship and the promises. Theirs are the patriarchs, and from them is traced the human ancestry of the Messiah, who is God over all, forever praised!  Amen.

In accordance with Paul’s desire, may we learn to live our lives in such a way as to make our spiritual predecessor, the Jew, jealous to the point that she will accept our common Messiah and walk into that eternal kingdom with us regardless of how God chooses to complete the mission?