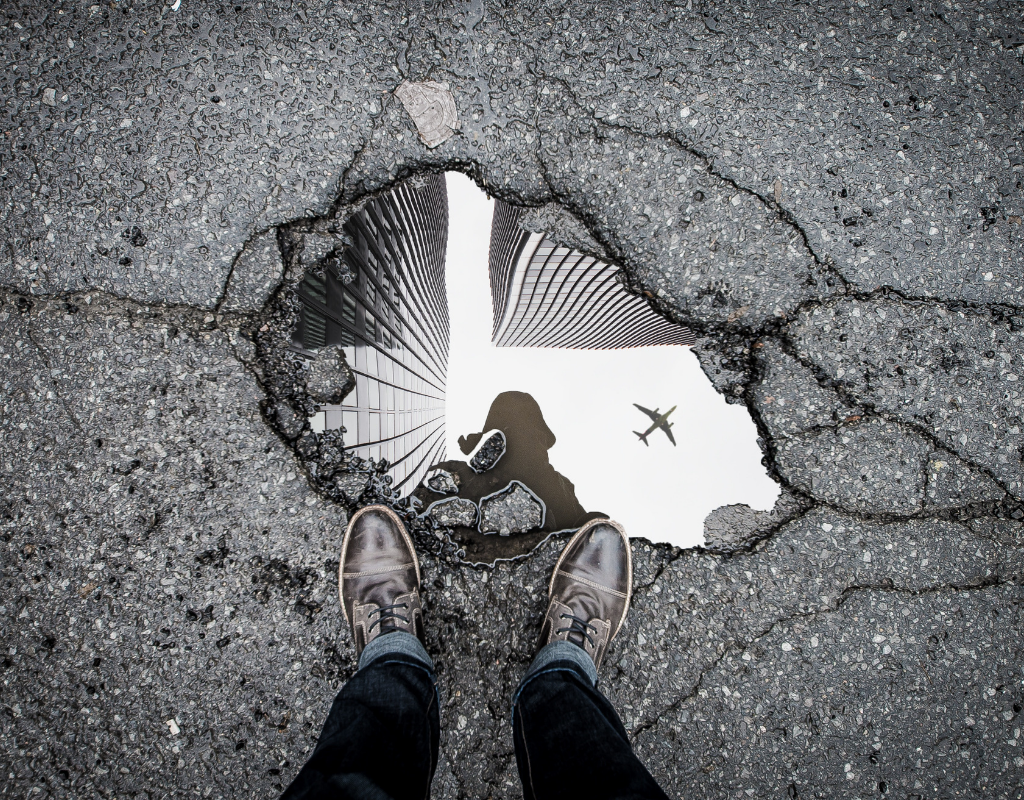 I breathed a sigh of relief when we arrived at our departure gate in Dulles and counted the 23 participants present for our Israeli Advocacy Tour. Months of planning had gone into this and I was looking forward to a cup of coffee when I noticed my boarding pass seemed to indicate that I didn’t have an aisle seat. I went to the counter and told the clerk my dilemma. She very politely told me there was one more aisle seat available and changed my pass.

Sleep had been scarce these past few nights and I was hoping to catch up on the plane in preparation for what would prove to be a very active and fulfilling eleven day journey. My plan was to read myself to sleep with a new book set aside for this flight. 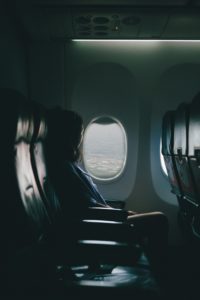 My section of the plane had only two seats in each row. Next to me was a young lady about my daughters’ age seated by the window. I greeted her as I unloaded my stuff to get “comfortable” although, that word does not belong in my flight vocabulary.

I asked my seatmate her destination and she said Vienna where she lived. She was returning from Paraguay visiting her boyfriend. My curiosity overtook me so I asked her how she met him.
“On a yoga tour in India.”

“ Interesting,” I said, “Why would you go to India for a yoga tour?”

She told me that it was part of her journey, which began six months ago trying to figure things out.

She had an awkward look on her face, but answered in her distinguished Austrian accent, “Life, purpose, and my place in it all, I suppose.”

I knew the that my plan for sleep vanished as quickly as the land beneath me, as we climbed beyond the clouds.

I asked her how the yoga went and she shrugged a bit and said it was good, but in a very unconvincing way.

“Yes, but you did meet your boyfriend,” I said. She smiled and her defenses seemed to drop. 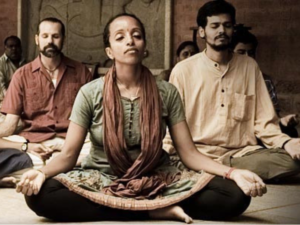 I told her that when I was about her age, I too was seeking for the meaning of life and my purpose in this vast universe. In fact I was heavily into yoga. I asked her if she wouldn’t mind telling me how old she wasn’t . She said twenty nine.

My eyes lit up and I responded,
“I was your age when I actually discovered the answer to my search and, I was a yoga instructor at the time!”

“How did that happen?” She asked with a sincere look, as if she wanted a detailed road map to my destination.

“It is a long story,” I answered, “because it took a long time.”
She said she would like to hear it. So I began by telling her that I was Jewish. I have a habit of starting there with people. It gives me insight of how to proceed. I have seen surprised faces when I land on Jesus as my destination.

I spoke about my Jewish parents from immigrant families in Eastern Europe, who escaped the carnage of WWII to come to America. My mother’s family were Orthodox, but my father was an atheist, like his father. They were in agreement that all the evil in the world was proof that God was not real. Nevertheless we went to Hebrew school and kept our Jewish identity as a minority in a large Gentile population.

I told her that Judaism did not satisfy my longing for authenticity. I had no hope of finding answers in Christianity, so I began my journey into Eastern philosophy and religion. I read their holy books, of which she was familiar, and some of their history, but one by one concluded that the answer still eluded me.

She asked thoughtful questions. It became clear that she really wanted to know. I said that I had never shared with anyone this long about coming to faith in Jesus, but she was drawing it out. She had inquiring eyes and I let her know I respected her sincerity and told her that I am confident that God arranged this time for her.

Her biggest dilemma was how I came to Jesus when He seems so “religious?”

“The turning point came when I was a hippie, married and our second child on the way, “ I replied. “I was working as a carpenter’s helper for a Communist boss from Hungary who was also a Nazi in heart. At the same time, I had begun reading the New Testament each morning after yoga in full lotus position.

One day at lunch, my boss and the Builder began a conversation for my benefit about how smart Hitler was. My boss argued that he was not smart enough to finish the job he started.

She had a shocked look on her face as I continued.

“At that moment I felt my blood boil and immediately devised a plan in my head to murder them both. I saw two shovels against the wall which would be my instruments of execution. Every bone in my body was in full agreement. As I left the bucket I was sitting on to grab a shovel, my boss yelled at me to get back to work.”

“I knew it was too late, “ I continued, “and my heart began to sink. I had a clear revelation that I had just murdered two men in my heart.”

I told her that was not what hippies did. We were all about love, peace and happiness. The only thing I was unhappy about was that my plan failed. I was aghast that my heart was filled with such hatred. My view of myself fell apart completely. I remained silent for that entire day.

I remembered the words I had begun to read in the New Testament, words from Jesus mouth, that equated murderous thoughts with the act itself.

I was desolate with my helpless state.

That was the night that Jesus saved and delivered me. I told Him I didn’t even know who He was, but if He was God, I needed to know.

With many more words I told her what salvation meant and the new way of living that Jesus offers from the inside. She was lit up.

I could see she was exhausted though, and told her she should sleep. She was hesitant to agree and asked more questions. By that time we had been talking for almost seven hours, and I was exhausted!

Before I let her sleep I told her that her journey strangely mirrored my own and she agreed. We rehashed the likenesses. I could have added that I was born in Brooklyn where Jews fled from Nazis and she was from Vienna, where their Fuhrer was born, but I refrained. Then I realized something, 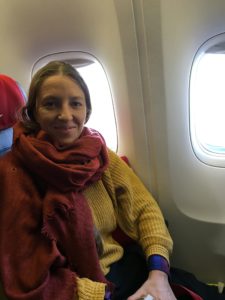 “I’m sorry, I never introduced myself, I’m Paul.”
She looked like a ghost and whispered,
“I’m Paula.”

I almost jumped out of my seatbelt,
“ Wait, one more thing, I was supposed to sit in a middle seat, but changed it to an aisle just before we boarded. She looked shocked and said,

“I was supposed to have an aisle seat, but changed it to the window and was told there was only one left!”

Before she covered her head with a blanket to sleep, she said that she was going to think about everything I said and come to a conclusion.

Two hours later she awoke and told me she was still troubled but could not decide. I asked her why.

“Every time I thought of Jesus, all I could see were images and statues of Him that I saw in the churches in which I grew up. I am afraid if I commit to Him then my search will be over and I will still be missing what I am looking for.”

I know she saw my sadness and apologized. I told her it was not for my sake, but for her. I left her convinced that God will pursue her as long as she seeks Him.

I was left as well with the sad truth that religion has done an amazing job at keeping people from knowing God, but I retain the confidence that He would never stop pursuing Paula.

A Launch into the Deep