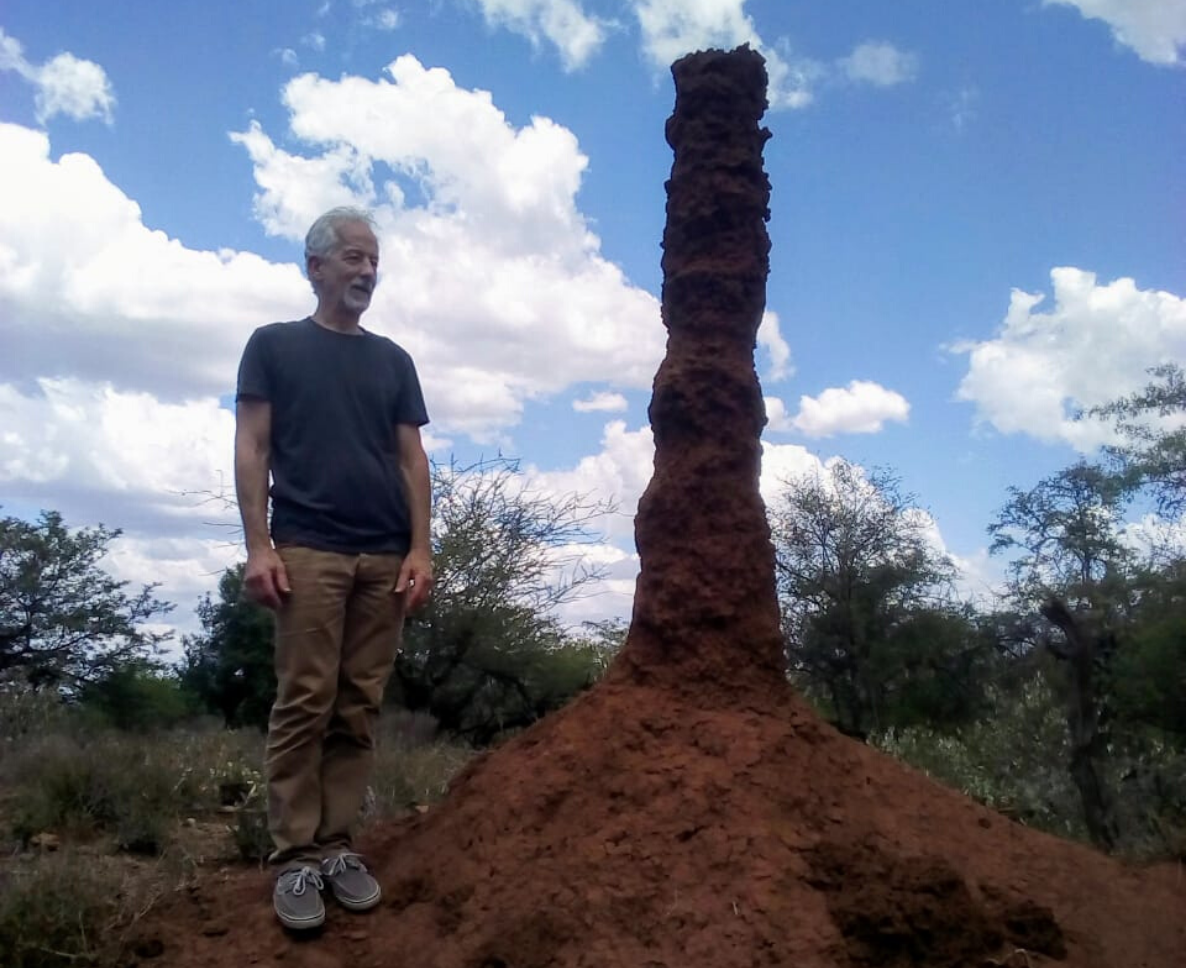 Last week while walking through the quaint town of Gedara in Israel, I came upon a street sign which pointed to Jabotinsky Street. I have seen several other streets with the same name in other Jewish towns and cities. It is with good reason.

Ze’ev Jabotinsky was a Russian Jew who lived as close in stature and mission to an Old Testament prophet as one of the originals. His message to his people was to flee from the wrath to come. He lived a century ago and his message may very well be as relevant today as it was then. Ze’ev traveled all over Europe urging his fellow Jews to leave their homes and all that was familiar to them and go to the Promised Land. To the vast majority, he sounded like a madman.

Jabotinsky envisioned the rise of an extremist regime in Europe whose greatest ambition would be to eliminate the Jewish people.

That same message is touted today by several Jewish watch groups including several very perceptive Christian ministries who have a heart for Israel and the Jews.

The response coming from the Jewish community in the United States regarding hatred towards Jews and Israel is troubling. For a growing number of liberal Jews, Israel is the “bad guy.”

They align themselves with the public opinion of many of their Gentile peers – especially that of the media and many college campuses. More conservative Jews attempt to put pressure on lawmakers to enact new laws which will protect them. It is likely to have as much effect as most of the Middle East Peace plans – failure and increasing attempts to wipe Israel off the map.

“For behold, your enemies make an uproar; those who hate you have raised their heads. They lay crafty plans against your people; they consult together against your treasured ones. They say, ‘Come, let us wipe them out as a nation; let the name of Israel be remembered no more! (Psalms 83:2-4).’”

Attempts to eliminate Jews is nothing new, but there is a seemingly obvious question that is rarely considered that is:

A History of Hate

Hitler understood the process. In his day, as in our own, genocide was considered unacceptable, regardless of the targeted people group. In order for his plan to succeed, he saw the first step was to dehumanize the Jews to the point where they were perceived as being less than human. He introduced new terminology that described them as parasites and vermin which need to be exterminated

Islam has embraced Hitler’s perception and labeled the Jews as subhuman to an even greater extent. They have used the Nazi’s ‘’science’’ which concluded that the Jews are made of inferior genetic material, proving that they came from monkeys and pigs. They teach this as fact from early childhood through high school.

Not long ago, Louis Farakhan, a colleague of the famed Chicago pastor Jeremiah Wright, clarified his perspective of the Jews in a large church gathering. He declared:

“I am not anti-Semite; I am anti-termite. What do you do with termites? You get rid of them.”

In spite of his African-American and Muslim background, and his repeated verbal provocation, his rancor continues unchallenged.

A Shift in Momentum

Over the last two years, our nation has experienced for the first and second time in its history deadly attacks on two Jewish synagogues. In Pittsburgh, the assailant proclaimed that all Jews must die. In California, the even younger perpetrator (an admirer of his predecessor) said that as a “Christian,” he was simply doing the will of God. *

It is becoming dangerous to be a Jew in America. A recent poll showed that sixty percent of Jews are now hiding their ethnic identity.

Several of our Israeli friends have asked me why my wife and I do not move to Israel. Some have simply asked when? They understand that Israel may be the only safe place in the world to be a Jew – even though all their Arab neighbors have sworn to Israel’s destruction.

Are we that bad?

That is a question which requires further examination, but for now we at Comfort My People continue to be a voice, in some small ways like Jabotinsky, but not to the Jews.

The message of Comfort My People, taken from Isaiah 40:1-2, is not to the Jews, but to the Church. It is clearly His message for Gentile believers to comfort the Jewish people, not persecute them. Their nineteen-century departure from their homeland has been paved with bloodshed – mostly from the hands of professing Christians. Comfort was a rare commodity on that journey into the nations where they were rarely accepted.

Two things have become evident from both history and current observation.

The first is that Jews have been excluded from message of the Gospel. The second is that the Messianic community in Israel receives little recognition from the Western church.

As a result, the church has become blind in part to recognize the vital role that believers in Israel have in God’s redemptive plan.

Essentially, “the eternal purpose of God (Ephesians 3:11)” came to a virtual halt by the beginning of the 4th century.

So who is at risk?

Without exaggeration, everyone. If the church holds the keys to heal the ills of mankind, then a church in slumber is powerless. That is unacceptable, a blight on the beautiful name of Jesus, and misrepresentation of his true nature.

Jesus sacrificed his life to create one new man made up of Jewish and Gentile believers. Together they would finish what he began. That effort so far has ended up being short lived, which explains how we got to this point.

This is also why the Jewish people and the Land promised to them have always been a target of hostility. If either one is destroyed, God can be rightly labeled as incapable of keeping his promises, and we all lose.

But the church is on the winning side when we accept God’s eternal plan. Many Christians all over the world are participating in a collaborative effort alongside the Messianic believers in Israel. It is not man-made, but Spirit-led – directly from the pages of scripture.

Israel is the location of the final stage of redemptive history. It is time for the church to become acquainted with her family in the Land, who long to be introduced to their “big brothers” in the faith – not the big brother of the Prodigal Son parable, who had no place in his heart or the Father’s house for the lost son to return.

In the early 1980’s, my growing family lived in Chicago where I went to Bible school with the sole purpose of learning the Bible well enough so I could raise my children to confidently believe and follow its teachings from beginning to end. While there, our landlord hired me to renovate our kitchen and his own apartment in exchange for rent.

One cold, rainy morning I sat in his office and he questioned me about why I was studying the Bible at a Christian college. His point became clear as he warned me very plainly.

“If you think that they will not come for you the next time they come for us, you are living in a dream.”

Even though I told him I never stopped being a Jew and that I had no plans on hiding the fact, his words have echoed in my mind ever since that day.

One Jewish man who was recently asked about anti-Semitism in America said,

“We are not close to abandoning America, but we are closer to feeling like America could abandon us.”

So, is it time to run to the hills, or run from the hills? Or do we just ignore the issue and assume it cannot happen here? These are questions that Jews are discussing in homes across the country.

The Jews are at risk in America. I have many more examples, but I appeal to you if you are a Christian to determine before God, “what role should I play in that which is likely to come?”

The history of the Holocaust does not have to be repeated in America. The future is in the hands of the church.

The famous 1960’s and 70’s Jewish songwriter Bob Dylan saw clearly that “These times, they are a-changing.”

His words remain true; but the pace has rapidly increased.

*Calling on all Christians, “my brothers in Christ of all races,” to remain strong in their beliefs, [the perpetrator] says: “Although the Jew who is inspired by demons and Satan will attempt to corrupt your soul with the sin and perversion he spews – remember that you are secure in Christ… Always remember that it is God that is keeping you alive and in faith. All sin stems from the arrogant belief that one does not need God… Christ alone is the only source of life. Know that you are saved in Christ and nothing – not death, nor torture, nor sin – can steal your soul away from God.”

– Taken from [pepetrator’s] 8-page manifesto written before the attempted massacre in Poway, California

“…and ordered them not to make Him known.”

A Launch into the Deep