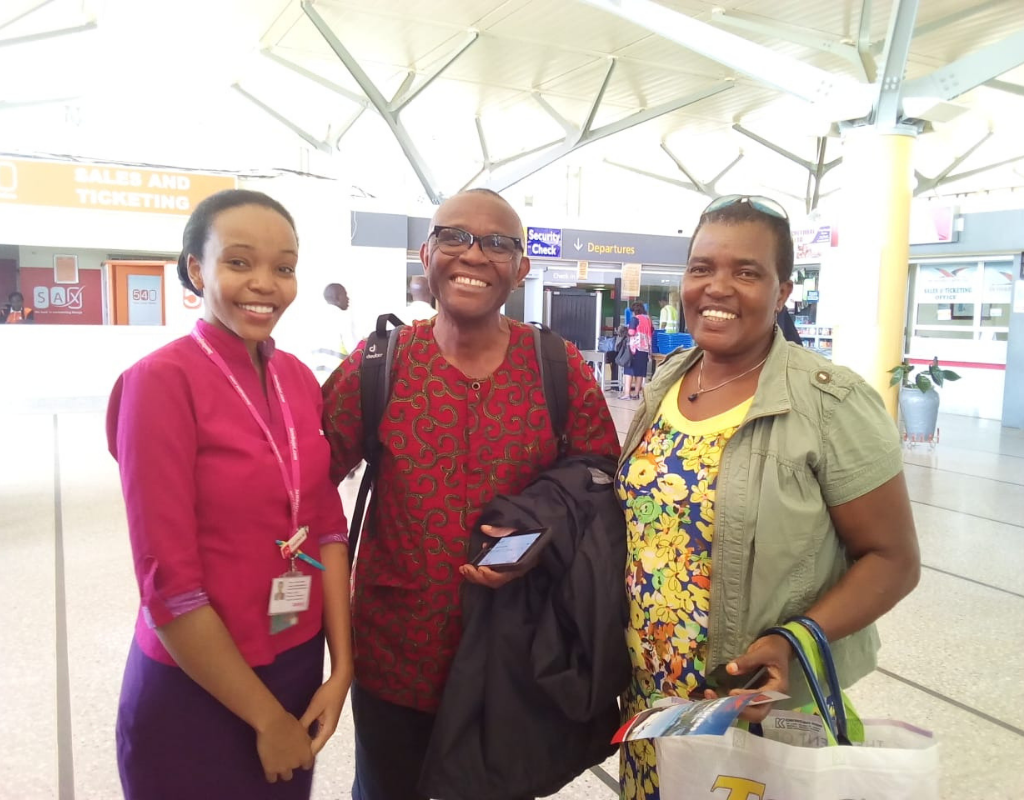 Much of Comfort My People’s ministry involves travel. I thank God for airplanes and airports and the disciplined training of those who get us there and make that possible.

Though the ministry of Comfort My People is centered on Israel, our mission statement is to “restore the light to the nations.” The reason for this is so the “light” will go into all the nations (not just Israel). This is the essence of the Abrahamic blessing and the role that Israel was called to play in the theater of human history.

As a son of Abraham, Isaac and Jacob, redeemed by the atonement of the Messiah, my trip to Kenya, along with my wife (and Hebrew midwife), was an extension of our calling.

I hope you enjoy my story from it.

“Have a Nice Flight!”

Whose idea was it to design a tubular steel torture chamber with wings, cram it full of people from around the world – sneezing and coughing in their own language – then hurl it across the ocean?

But who am I to complain?

Eight flights in six days and in and out of 3 continents in a single sleep deprived body might justify a complaint – especially after receiving another starch-filled tray of tasteless food that reminded me of the meals I’ve had while doing prison ministry.

Although I almost complained when I made my way into the linen closet-sized bathroom and met a nice old man as he squeezed his way out the door and warned me that the lock is broken. Fortunately, my yoga history prepared me with the posture needed for this precarious situation. The last thing I wanted was an unwanted visitor to swing the door into my back and force me into a hole that doesn’t end for over thirty thousand feet. I later returned to that bathroom only to find a large bag of trash barricading the stall. My guess is that one too many people were embarrassed by someone sitting on the “throne” behind the unlocked door.

The truth is though:  I don’t like to complain. Not only because it is unbiblical, but because it is undeserved. I have learned through the benefit of traveling to places where resources are scarce that I have it extremely good in more ways than I can count. When I travel, I frequently seem to meet people who live daily – in places I’m only visiting briefly – with so little, yet live with so much grace. I have also learned that grace comes through a relationship that is rooted in Jesus. It is unearned, but it is maintained through a close relationship with him. Take Lucy Linda for instance.

Our last morning in Kenya began in the airport of a small city there. My wife and I left the United States with 5 bags of luggage. Four of those bags contained supplies for a birth center in a very remote area where far too many women and babies die in the birth process. 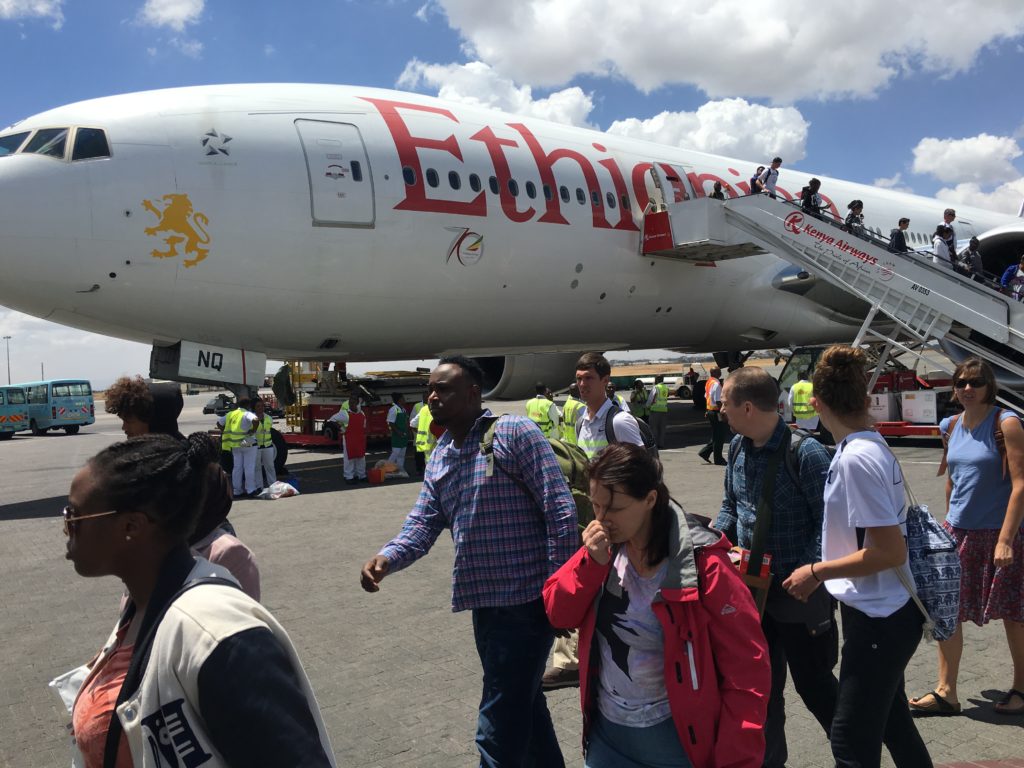 My wife had been collecting those much needed supplies over the last year or two. When we arrived in Nairobi, our bags were nowhere to be found and no one knew their whereabouts. I filled out the forms and was told they would call us and deliver them to our last airport. That did not happen until the day of our departure.

We arrived early that morning not expecting many airport employees, so I was greatly surprised to meet Lucy Linda at the desk. I told her my problem – one for which I had made many phone calls, but had received no help. My travel agent did the same with the same results. Lucy Linda’s welcoming smile turned serious as she asked for all my paperwork and began to make phone calls. Within ten minutes she told me that the bags were in Nairobi. She had done what no one else could do (or maybe just bother to try).

We told her how grateful we were for her diligence and sweet spirit. I told her that if she wasn’t needed so much in Kenya, we would adopt her and take her home. She replied seriously that she would gladly come home with us.

It struck me then that this young lady had a difficult life. Our indigenous Kenyan friend agreed. She was blessed to be employed, but most likely grew up in poverty. Any income she earns probably goes to help her family, leaving her with very little for herself.

As we talked, she told us how she loves Jesus and how much he means to her. She had the secret weapon of a grateful heart. Because of that, God has granted her favor to be a blessing no doubt to many (in this case, to women and babies through these supplies).

I have run into many people like her in a variety of places over the last several years who have helped me along. In return, I have learned, to a degree, that my complaints not only do nothing to change my circumstance, but limit me from being a blessing to those who I intersect with on my journey through life.

An uncomplaining person is an attractive person. Jesus never complained (though He had many opportunities) and there has been no person who attracted as many followers who have done so much to help others as him.

Thanks Lucy Linda for being one of them.

A Good Bialy is Hard to Come by

Something is wrong – Abort

The Story Behind Melody of One