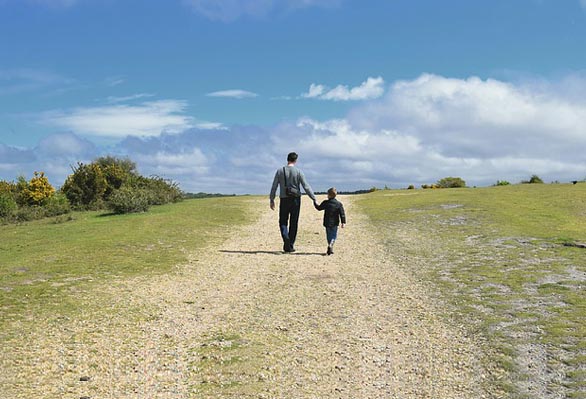 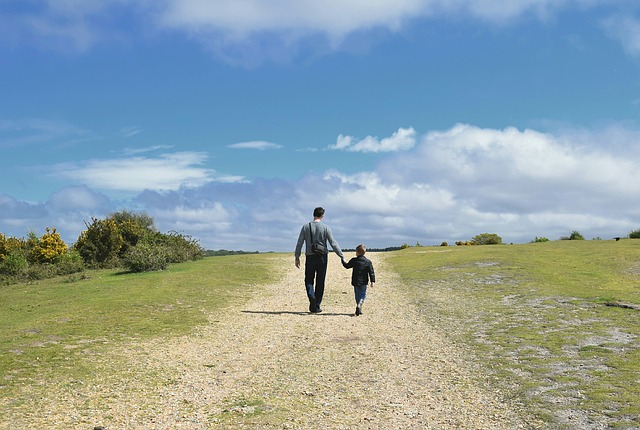 My search for authenticity began where my father’s left off.

As I look back, I see he instilled it in me. It wasn’t taught by him, I caught it. His search was more difficult than mine because he thought he would find what he was looking for on earth.

The good news is that we both found what we were looking for in this life. I want to tell of his climactic moment of discovery, but not yet.

My father was my hero

He was big and strong and had a wonderful smile. I loved being near him when I was little, unless he got frustrated.

“Big Al” was an uneducated man. His family moved here to escape persecution in Russia. They were unwanted Jews like the ones in “Fiddler on the Roof.” As an American, he had little in the way of formal education, other than street smarts and four years as an infantry soldier in the foxholes of WWII.

His search for authenticity was to find a better way for his children to live.

That is where we differed. He looked for material means, I was otherworldly, or so I thought.

For most of my search, I looked and acted like a rebel. From James Dean to Bob Dylan, I stayed on the road not traveled.

My father, on the other hand, just kept working sacrificially to make ends meet. His hope was to find an easier way that he could simply pass on to his children. Even though he was a self-taught mechanic and fixed our car, as well as any other family member’s, he dismissed it as a vocation. It was sales that attracted him and in sales he remained. It was natural for him. I suppose it was because he was such a likable guy. From selling peanuts on the streets of NYC, to Afta cleaning fluid that could dissolve the hide off of a cow, he took many a gamble to peddle his wares. 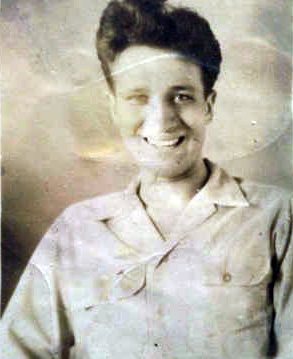 His search appeared to settle upon vinyl wall covering and upholstery. I think it was leatherette that clinched it for him. For those who are young, leatherette is a synthetic fabric. I can still remember the holster and cowboy vests that he made for my brother and I from that big role of goods. It opened up the world of imagination for me. When he upholstered our kitchen chairs with it, I thought we must be wealthy. I had no idea it was not leather, because the only place I saw leather was on the cowboys and horses on our black and white TV.

The bubble burst though, when I was taken to a toy store and discovered a genuine leather, Roy Rogers engraved holster. Leatherette was no longer esteemed in my eyes.

That wasn’t a problem for my father. He always knew it was fake, but that was the point. Fake was in.

Before long, we were eating fake food and drinking fake milk. Our clothes were no longer made from cotton or linen, but fibers spun out of huge chemistry sets. Even our heroes were artificial.

As the years of search and discovery unfolded for me, that which was culturally adopted by the “older generation” was unacceptable to me. For my father, vinyl became the product for which he settled on and from which he made his living.

To me, it was another impostor.

I needed something to live by

My thinking was so nebulous that I could not frame it. So, I searched in the philosophical, spiritual realm. From a distance, my father actually admired me, until Woodstock that is. Before long, my life spiraled away from my family and brought pain to them, of which I was oblivious. Making a living and raising a family was the farthest thing from my mind.

Not so for my dad. He stayed the course, provided for us all, and remained a loyal example to the very end.

It is the end that I want to focus on.

The best Father’s Day I ever had

It happened on Fathers day in 2004, but it began when I first discovered that Jesus was the Messiah. That was the start of a conversation with my dad that continued for over 30 years.

Our individual journeys, in search of authenticity, converged on his hospital bed at a VA nursing home in New York.

That was the best Father’s Day I ever had.

If there were no Gospel, I don’t know where my father would be today.

It was ten years ago this past Father’s Day. For the preceding weeks leading up to our visit, my mind was plagued by my Father’s weakening condition and the geographical distance which separated us. Worse than that was his unyielding resistance towards the message which was so central to me.

Jesus the Jewish Messiah “came to His own, yet His own received Him not. But to as many as received Him, He gave power to become the children of God.”

For over 30 years, I had lived by the power of that exchange, and for as many years, I tried in vain for my father to understand and accept its inestimable value. Now, he was left to his thoughts. He had nothing else. For years, he had suffered with the debilitating effects of “Atypical” Parkinson’s disease. Each muscle system of his body had stopped functioning. He could no longer eat, speak, walk, or even raise his head.

It seemed the only thing he could do was see and struggle to hear, if I spoke directly to him. Otherwise, his body had fully betrayed him and left him a prisoner of his mind. I did not assess that as a good place for him to be. I could not help wondering, “what was he thinking?” It troubled me that his thoughts were not good.

Jesus said, “Come unto me and learn of me. My yoke is easy and my burden is light.”

The only thing that my father learned about Jesus all his life was that we Jews killed him. The ones who followed Jesus (supposedly), were the ones who persecuted the Jews beginning in the second century and continuing ever since. No one else cared to share the guilty verdict that alleged crime. So, that insurmountable (and unbiblical) weight remained upon Jewish shoulders.

I knew it well.

Like my father, I felt the pain of anti-semitism as I grew. He thought changing his last name would help to spare his future children, but it did not. Like my father, I was never told that Jesus was Jewish and that He loved, not despised me. I found out by reading the Bible and talking to God. Once I reached the New Testament, I had a crisis of faith.

“Who is this man Jesus and why did no one ever tell me about him?”

The details are in the book, but suffice it to say, everything changed.

According to the prophet Jeremiah, the New Covenant (Testament) is an exchange. God exchanges our heart of stone for a heart of flesh. He replaces our limited thoughts with His eternal ones by giving us a new mind and a right spirit. On top of that, He writes His law on our heart so that we would do it. It is not a law of limitation, but of possibility.

After over 3o years of living this out in front of my father, he witnessed a once rebellious hippie raise a family, start and maintain a business, and continue to walk in the love that Jesus the Messiah purchased for the sake of all mankind. Like the Passover lamb, it cost Jesus His blood, but my debt was paid in full.

When I got to the VA home in NY, I was hoping for an opening while prepared for rejection. My expectations were far too small.

The first time I shared my born-again experience with Dad was in his basement. His house was covered with vinyl, including the inside of the closet doors. He even had it on the duct work in the basement. As I shared my testimony of what happened to me and about the Christians I met, I expected him to say, “I want the same.”

He then warned me, “If you scratch those Gentiles deep enough, they will bleed anti-semitism.”

I told him that these people were different. They have a real love for the Jew and even Israel. He didn’t buy it.

On that Father’s Day, after three decades of long conversations in diners and a clear witness of many of my friends who worked at his “place,” I was back with my wife, Marla, at the edge of his bed.

“Dad,” I said, holding back the tears as I looked at this almost unrecognizable man who was my hero, “I am here again and you are in your eighties. I need to know what you have been thinking about. What?”

I don’t know what I expected, because he hadn’t spoken in so long, but I knew I had to ask. What he did next was so out of the ordinary that if Marla was not there, no one would have believed me. He motioned with his big Russian eyes to the corner of the room. When I went over there all I could see was medical equipment. I thought he needed a bandage or cloth, so I brought it to him.

He gave me a look that said “Schmendrick,” and motioned again with his eyes, forcefully to the corner.

I went back and started pulling things off the pile until I came to his alphabet board that I had made a few years ago. I was sure the nurses threw it there because it didn’t work for him, even on a good day. His hands were never steady enough to point to the letters. I didn’t even want to show it to him for fear of great frustration, but I did, and he gave me the eyes of approval. So, I put it on his lap and squeezed a pointless pencil through his clenched fist, and without delay, he replied to my question.

From letter to letter, he struck dead center without a pause: “J-E-S-U-S.”

Marla and I stared at each other in shock. “Dad, does that mean that you have been thinking about Jesus?”

I asked, “Does that mean that you want to invite Him into your life like we’ve talked about all these years?”

Again, with his eyes, he answered “Yes.”

Is your life based upon what is authentic?

For those of you who are familiar with this kind of story, you can imagine our joy that day and the days since, especially on his passing six months later on Christmas Eve. I know with great certainty that he is in a perfect place with my mother (another story) and their Messiah.

But… for the rest of you who think this is weird or made up, I ask you to consider this thought: “Is my life based upon what is authentic, are my beliefs time tested, joy-filled, and other-centered? Do I have a settled peace? Or am I settling on “leatherette” to get me through?”

On that Father’s Day, “Big Al” traded vinyl for the Rock of Ages.