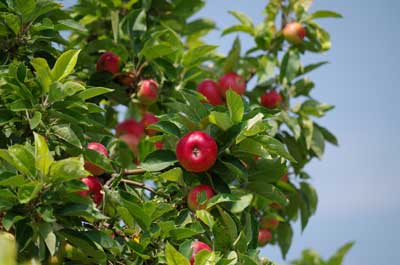 In Genesis 3, the story of redemption begins with the fall of man

These are the questions that need to be addressed.

What does “made in His image” mean?

Now the serpent was more crafty than any other beast of the field that the Lord God had made. He said to the woman, “Did God actually say, ‘You shall not eat of any tree in the garden’?” (Genesis 3:1 ESV)

Observation: Eve is not surprised that he talks. It was a familiar voice to her.

Lest Satan should take advantage of us, we are not to be ignorant of his devices. (2 Corinthians 2:11)

It seemed that he suspected that Eve was not certain about the instructions God gave them. He used familiarity to test uncertainty.

Principle 8: Ignorance of the essentials opens the door to compromise of the truth and the reception of a lie.

We must know what we believe and believe what we know to be convincing to others.

The appeal of the pleasant

So when the woman saw that the tree was good for food, and that it was a delight to the eyes, and that the tree was to be desired to make one wise, she took of its fruit and ate, and she also gave some to her husband who was with her, and he ate. (Genesis 3:6)

She became convinced at what her senses suspected. The tree held that which was missing in her life. Her husband readily agreed.

NOTE: he was right there beside her.

Then the eyes of both were opened, and they knew that they were naked. And they sewed fig leaves together and made themselves loincloths. (Genesis 3:7)

Question: What is suddenly wrong with being naked? Surely, this wasn’t a new experience.

Was it actually nakedness or was it the absence of a covering?

What was good for food was suddenly bad and the great cover up was birthed and the religious spirit introduced.

Definition: a man-made approach to take away the sin of the soul

Result: hiding from God rather than running to Him. Exchanging sorrowful regret that leads to redemption for hidden shame that leads to death.

What is the definition of sin? Missing the mark

Then, did not Eve sin by not quoting God properly? Why does the New Testament say that sin came through Adam and then death through that sin?

Question: Where did Eve learn the warning? Did she then misquote God or did she accurately quote Adam who misquoted God? Remember, Eve was not around when Adam was first instructed about the Trees.

God comes looking for them, the same way He always did, in the “cool” of the day

And he said, “I heard the sound of you in the garden, and I was afraid, because I was naked, and I hid myself.” (Genesis 3:10 ESV)

God addresses Adam (“you” is singular)

Why the sudden fear? Had God changed?

Sin begins its work of separation. It cannot enter or abide in the presence of God.

He said, “Who told you that you were naked? Have you eaten of the tree of which I commanded you not to eat?” (Genesis 3:11 ESV)

The opportunity to come clean is denied and the plight of humanity shifts from responsible living and freedom to denial and blame.

Result: ‘the serpent doesn’t have a leg to stand on.”

Satan shall be crushed by the seed of the woman (zerah)

Prophetic warning: Serpent will have access to the heel of the zerah

Principle 10: The zerah of the woman should expect to be bruised in his/her walk through life

The heel speaks of our walk with God and the crippling attempt to trip us up by Satan. As such, we are given advance notice so that we do not become ignorant to his devices and suspect God has forsaken us.

Introduction of the Atonement

And the Lord God made for Adam and for his wife garments of skins and clothed them. (Genesis 3:21 ESV)

In verse 21, atonement (covering or kaphar) is introduced and the shedding of blood.

Then the Lord God said, “Behold, the man has become like one of us in knowing good and evil. Now, lest he reach out his hand and take also of the tree of life and eat, and live forever—” (Genesis 3:22 ESV)

In verse 22, we see the final consequence: eviction.

God is merciful. He did not want man to chance eating the tree of life and forever live in a dying condition. Thus, death has the potential of ending the cursed existence here on earth.

Principle 11: if we adhere to God’s offering, it leads to Life without regret

The Birth of Laughter, the Promised Seed

The Source of Hope

The Integrity of Abraham